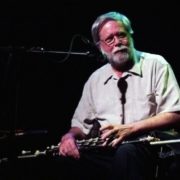 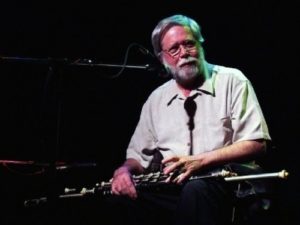 Patrick Sky was an American musician, folk singer, and songwriter of Irish and Native American ancestry. Sky was born in Liveoak Gardens, Georgia, and was raised near the Lafourche Swamps of Louisiana, where he learned guitar, banjo, and harmonica. He moved to New York City after military service in the early 1960s, and began playing traditional folk songs in clubs before starting to write his own material. [1]

A close contemporary of Dave Van Ronk and others in the Greenwich Village folk boom, Sky released a number of well received albums from 1965 onwards and played with many of the leading performers of the period, particularly Buffy Sainte-Marie, Eric Andersen and the blues singer Mississippi John Hurt (whose Vanguard albums Sky produced). Sky’s song “Many A Mile” became a folk club staple, and has been recorded by Sainte-Marie and others.

Becoming increasingly disillusioned with the music business and politically radical, Sky released the controversial and scabrously satirical Songs That Made America Famous in 1973 (the album was recorded in 1971 but rejected by several record companies before it found a home); until his death he claimed to have received no royalties for the album. This album featured the earlier known recorded version of the song Luang Prabang, written by Sky’s friend Dave Van Ronk. Patrick Sky had honed his politically charged satire in earlier albums, but Songs That Made America Famous raised the stakes. The Adelphi Records website describes how the content was, indeed, shocking, yet how several critics encouraged the public to rush to buy these timely and brilliant “explicit lyrics” while it could. Sky gradually moved into the field of Irish traditional music, founding Green Linnet Records in 1973. He was recognized as an expert in building and playing the Irish uilleann pipes, often performing with his wife, Cathy. He also published several books on the subject. 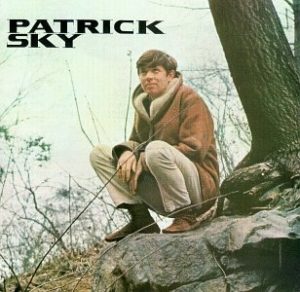 In 1995, Sky edited a reissued version of the important 19th-century dance tune book Ryan’s Mammoth Collection [2] and followed up in 2001 with a reissue of Howe’s 1000 Jigs and Reels.[3]

According to musician Eric Andersen, Sky died in hospice care in Asheville, North Carolina, on May 27, 2021, aged 77.

PATRICK SKY BLOWS BACK ONTO THE ROAD