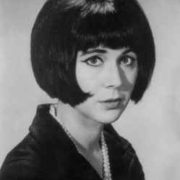 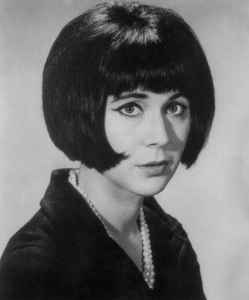 Judy Henske, a groundbreaking singer during the 1960s folk revival who released a series of cult-classic albums and achieved international success as a songwriter, has died. She was 85.

Known for her fervent, dramatic vocal style and commanding stage presence, Henske stood out from her folk music peers. Her ability to temper her rousing renditions of traditional material like “Wade in the Water” and “Love, Henry” with ribald on-stage humor set her apart from typical coffee house performers. Henske’s 1964 single “High Flying Bird” anticipated the folk-rock revolution of the following years, opening doors for the psychedelic likes of Janis Joplin and Grace Slick.

Dubbed “The Queen of the Beatniks” by producer Jack Nitzsche, Henske’s vivid personality and razor-sharp wit made her a legendary figure beyond the recording industry. Woody Allen drew upon her personal style and small-town background for the title character of his film Annie Hall. Crime fiction author Andrew Vachss included her as a musical leitmotif in a series of novels. Her friendship circle was wide and fiercely loyal, including such diverse notables as Phil Ochs, Jackson Browne, Pauline Kael, Eve Babitz and Shel Silverstein.

Judith Anne Henske was born December 20, 1936, in Chippewa Falls, Wisconsin. Her father was a doctor, her mother a homemaker. She showed talent as a singer as a teenager and began to pursue to music more seriously as a student at Rosary College in River Forest, Illinois, and the University of Wisconsin-Madison. By 1959, she had relocated to San Diego, where she performed at local coffee houses before moving on to venues in Los Angeles. At the Unicorn, she opened for Lenny Bruce (among others) and gained notoriety for her foot-stomping, hard-belting delivery of folk ballads.

While performing in Oklahoma City in 1962, Henske was recruited by ex-Kingston Trio member Dave Guard to join the Whisky Hill Singers, with whom she recorded an album. From there, she was signed as a solo artist to Elektra Records and released a pair of albums that combined folk, blues, jazz, and standup comedy. Now living in New York, she became a mainstay of the Greenwich Village folk scene and appeared at such popular clubs as the Village Gate and the Bitter End.

Henske’s notable television appearances during this time included a featured spot on The Judy Garland Show. She appeared alongside Johnny Cash in the 1963 folk exploitation film, Hootenanny Hoot. The following year, she played the lead in Gogo Loves You, an Off-Broadway musical written by Gentlemen Prefer Blondes author Anita Loos.

After releasing albums on Mercury and Reprise, Henske began to concentrate on her songwriting. Her highly literate touch as a lyricist found expression on Farewell Aldebaran, released on Frank Zappa’s Straight label in 1969. Henske’s tender-to-ferocious vocals, enhanced by the swirling psych-baroque production of her first husband, composer Jerry Yester, helped to make the album an enduring cult favorite. In 1971, she co-founded and recorded with Rosebud, a folk-rock quintet that released an eponymous album on Straight Records.

Following Rosebud, Henske turned away from recording and performing in favor of raising her daughter, Kate. She shifted her focus to lyric-writing, collaborating on songs with keyboardist and composer, Craig Doerge (whom she married in 1973). “Yellow Beach Umbrella” (covered by Three Dog Night and Bette Midler), “Might as Well Have a Good Time” (recorded by Crosby, Stills & Nash) and “Sauvez-Moi” (a Number One single in France for Johnny Hallyday) were among the pair’s most successful efforts.

The 1990s found Henske performing small club dates around Los Angeles. As a journalist, she wrote feature articles for the San Diego Reader and other publications.

In 1999, Henske returned to recording with Loose in the World, followed by She Sang California in 2004. In 2007, Rhino Records released Big Judy: How Far This Music Goes, 1962-2004, a two-CD career retrospective. By the following decade, a new generation was beginning to discover her work. In 2013, cabaret artist Meredith Di Menna brought her show Queen of the Beatniks: The Songs of Judy Henske to nightclub stages in New York. The Los Angeles dance company BodyTraffic premiered Death Defying Dances, a choreographed production inspired by Henske’s early recordings, in 2016.

In her last years, Henske worked on a memoir of her life and experiences. She continued to write songs as well.

Henske is survived by her husband Craig Doerge, her daughter Kate DeLaPointe and granddaughter Claire DeLaPointe. Plans for a memorial are pending.