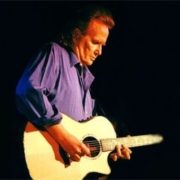 JOHN STEWART: THE PASSING OF A LONESOME PICKER 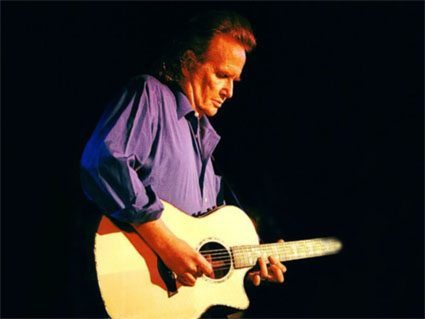 ger-songwriter, John Stewart, passed away on January 19, 2008, after experiencing a massive stroke. He was 68 years old. He is survived by his wife, Buffy Ford-Stewart, and children, Mikal, Jeremy, Amy and Luke. He is also survived by a legion of devoted friends and fans. A testament to John’s influence as a folksinger is the lack of a fine line between the fan and a friend. This is the mark of a true troubadour of folk music.

John’s career took off in the early 1960s when he replaced Dave Guard on banjo in The Kingston Trio. During that time he formed a relationship with the Kennedy brothers, especially Bobby. Because of this, he joined RFK’s presidential bid in 1968. After Bobby Kennedy’s assassination, John would later call this “The Last Campaign.” This would become a touchstone he would revisit during his prolific career as a songwriter. His words still sing out in the history of those times:

We were living on a dream

that all forgotten people

there would come time

for a moment they would shine

and it died on the road.

In 1968, John embarked on a solo career that would span the next 40 years. He recorded over 600 songs for major record labels, small folk labels and as an independent artist. No one could stop his songs from being heard. His album, California Bloodlines, was voted by Rolling Stone magazine as one of the 100 most influential records in rock history.

During his solo career he gathered a following of devoted fans. For many years they have met and gained close friendships with John and each other through a newsgroup called The Bloodliners. One of the regular members, Tom DeLisle, wrote this in tribute to his friend:

He hated moping around, and looked for the bright side, and laughter, in everything. He wouldn’t even allow me to be ‘down’ about having cancer. He even berated me at one point about it. He had amazing drive, and a creative force within him that was stunning in its intensity and breadth. And some day his amazing personal songs will be discovered by a mass audience, and the world at large, and he will receive the wide-ranging accolades he was denied in his time.

His best known songs include Daydream Believer, Never Going Back, Gold, Runaway Train and Lost Her In The Sun. His classics are more than can be mentioned in this tribute. One such song is Mother Country.

I would like tell the story. Mother Country is about a man named E.A. Stuart. In this tale he’s the owner of great and glorious horses. His favorite is called The Old Campaigner. E.A. Stuart knows that he’s going blind, so he determines to ride the horse once more. The story describes the crowds of people who watch and cheer as E.A. Stuart appears in the wagon behind The Old Campaigner and rides her ‘stone blind.’’ The chorus refrain is…..Oh Mother Country, I do love you.

I tell this story because it describes the same courage John showed in his life.In recent years he suffered from Alzheimer’s Disease. He continued to write, sing and perform. The family didn’t want the public to know so John could continue to work without obstacle or disturbance to his spirit. It was a brave and good decision. The last time I saw John was two months ago at The Fret House in . Now I realize, I was seeing E.A. Stuart in him…the same courage, the same heart, the same determination to live and appreciate life as fully as possible even if it was done through tremendous trials.

If I may borrow some words from Mother Country, I can describe my feelings today. Please forgive my sentiment here, I am sure so many others are feeling the same.

And it was just a little while later that John Stewart died.

And today, this grown man broke right down and cried.

If you know the song you will understand. If not, a video link to Mother Country from April of 2007 has been provided. As he performed this song, he was suffering from the disease. Beneath the link are John’s words. They fit so well today.

We will miss you, John. You brought the soul of to us through your words, images and melodies. Even more than that, through your example. You brought us together. You showed love, passion, compassion and courage. No better words describe a man’s life than this.

HAND YOUR HEART TO THE WIND

There’s always one more river the sea can carry

There’s always one more soul that heaven can hold

So hand your heart to the wind, let it carry you home

There’s always one more song to sing for the lonely

There’s always one more dream to carry you along

There’s always one more eagle come flying in the morning

So, hand your heart to the wind

Let it carry you away once again

Hand your heart to the wind

Let it carry you home

There’s always one more reason to keep you braving

There’s always one more angel to carry you home

There’s always one more rainbow, anywhere that you go.

Terry Roland is an English teacher, freelance writer, occasional poet, songwriter and folk and country enthusiast. The music has been in his blood since being raised in . He came to where he was taught to say ‘dude’ at an early age.