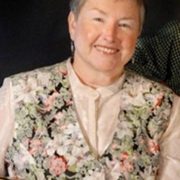 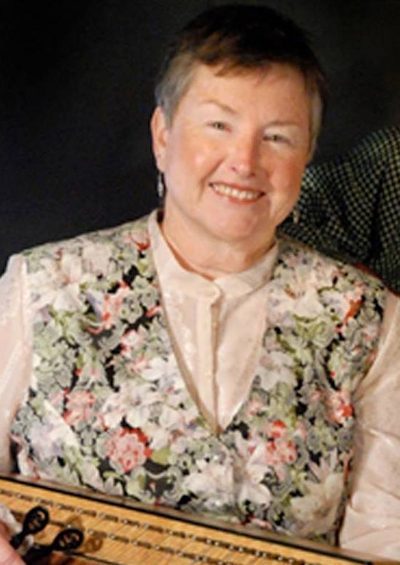 It is with heavy hearts we share word of the passing of Beatrice Platt Romano, who left us on Monday, July 22nd. If you did not know Bea, you should wish you did.

Nobody is quite sure how many instruments Bea played. The list includes Hammered Dulcimer, Autoharp, Psaltery, Shakers, Limberjacks, and Spoons, for certain. She could jump in, without hesitation, to produce Irish jigs, reels and hornpipes, and Old Time American fiddle, rag, bluegrass and waltz tunes.

Many in the Southern California roots music scene know that Bea battled ovarian cancer for some time.

The message from her family says they “know that she is at peace.”

We are grateful to have known Bea and her love for life. A few of her musical presences include:

Co-founder of the annual Make Music Downey held in conjunction with the global day deriving from the French Fete De La Musique.

Co-founder and a vital presence in Southern California Dulcimer Heritage (SCDH) and its annual Harvest Festival Of Dulcimers.

Longtime board member of SCDH and of The Living Tradition.

Host, with her husband Jim, of the long-running Downey Community Folk Music Jam and the Downey Folk Music Festival.

Host of Downey Dulci-diddles, a monthly dulcimer practice group for all levels of players

Founder of the Downey Autoharp Circle which meets Monday evenings

Bea was more than the essential organizer. A talented musician who performed in several bands, when you saw her smiling and heading for a stage, you knew that good times were assured: her bands have names that include When Pigs Fly (guitar, autoharp, bowed psaltery, snare drum, washboard, bodhran, mandolin, and of course both hammered and fretted dulcimer); Back Porch Symphony; Willow Bend; Lady Fingers; and other ensembles of Celticana, English Country dance, contra dance, or some other “barn dance” music-makers.

Listen to her perform on Hammered Dulcimer on an exceptionally nice story-and-song track:

A quintessential proponent and enthusiastic spokeswoman for acoustic roots music, Bea was for many years a source to the Acoustic Americana Guide, FolkWorks, several local newspapers, and other print and online publications, alerting the world and delivering audiences for performances.

Born in flood-prone Johnstown, Pennsylvania, Bea came to Downey in 1968 in time to graduate from St. Matthias High School in Huntington Park and marry Jim that same year. She loved her adopted community, where she worked 15 years as a dietetic technician. Bea became Downey’s biggest backer of local music events, as celebrated in 2013 in her local newspaper.

Bea and Jim raised two children, and their four young grandchildren are all musicians who play traditional instruments.

In lieu of flowers, her family asks that you make donations to either: