My initial curiosity about this remarkable woman first peaked when I heard her play and sing her song about her grandfather’s chicken market in Brooklyn. She sang the song at an open mic I visit weekly. It’s hosted by Peter and Deborah Cutler of ‘Fiddlers Crossing’, a wonderful folk and contemporary acoustic music venue in Tehachapi California. Me? I’m from Brooklyn originally, and the song painted a picture of a familiar neighborhood, familiar people, and I  knew immediately that I wanted to meet and get to know this talented person. Previously, I had read some of her columns in FolkWorks when they were current but I thought I’d look into her personal journey to augment what I already knew. What I found exceeded my expectations. For those of you who know of her and especially for those of you who are meeting her for the first time here, the following is a refreshing visit with an extraordinary artist. Here’s the song that first awakened my interest.

Naturally, the next step was obvious to me, and I invited this talented musician, doctor, and instrument-building artist as a guest on my radio show ‘Roots Music and Beyond’ on KPFK FM radio in Los Angeles. On air, we chatted about her musical history growing up, her evolution into the world of dulcimer, and some of the unique experiences she’s had along the way. From Brooklyn, New York, to Woodstock, to Esalen in Big Sur, California, and beyond. Quite a journey. The radio interview was short, and Joellen played a few tunes on a magnificent dulcimer that she brought with her to the studio. She had built the dulcimer herself as she has built many. Today, Joellen is considered a dulcimer virtuoso and a master craftsman (craftswoman?). Photos of her work can be found easily at https://lapidusmusic.com/instruments.

The first series of events that piqued my curiosity about Joellen’s dulcimer craftsmanship had occurred a few weeks earlier while I listened to one of my co-hosts at KPFK, Patrick Milligan, play a track from a Joni Mitchell album in which Joni announces from the stage that the instrument in her lap was a dulcimer that she had gotten from “a [lady] named Joellen”. The fact that Joellen not only plays but builds dulcimers led me to find out more about her. What I discovered was a multi-faceted, multi-talented modern lady who functions as a licensed psychotherapist, instrument builder, and musician.  Joellen and I connected recently on a Zoom call and what was supposed to be a concise interview went on for close to an hour, too long to transcribe here, so I thought that the following brief excerpts might interest my readers enough to dig deeper on their own.  Perhaps a follow-up article at a later date might include more of the interview.

Joellen Lapidus’s current activities can easily be found on her website. She plays with several bands that she created. From Appalachia to Klezmer, very little is beyond her scope.

Following are excerpts from our conversation on Zoom. The interview lasted one hour, too long to post here. Perhaps on another platform, but the excerpts below may provide a glimpse of a musician and creator’s journey through the decades that formed so much of our musical culture.

The Art of Building Dulcimers 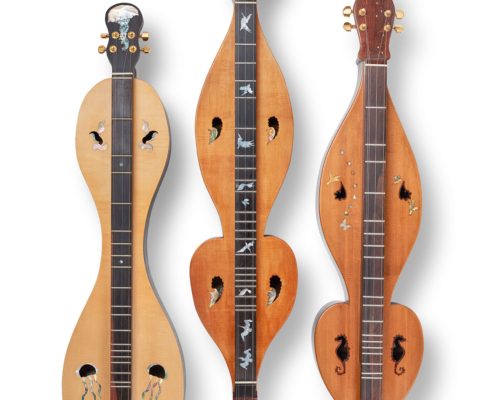 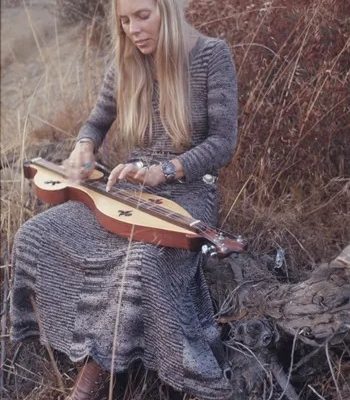 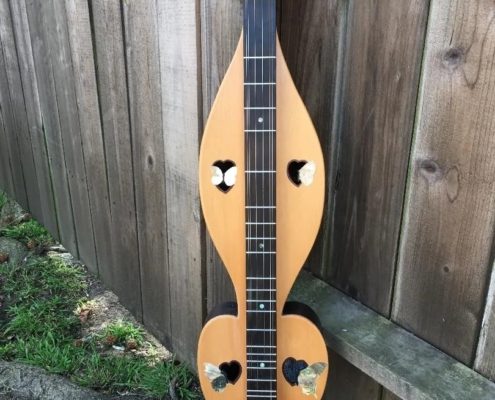 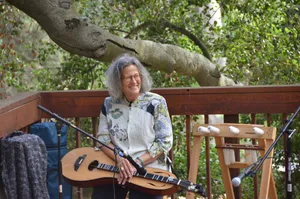