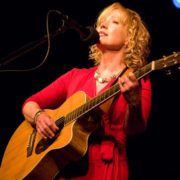 The term “public domain” for music relates to songs whose copyrights, if they ever had them, have expired.  This means that the song may be used for recording and performing without obtaining a license from the composer or publisher for its use.

Again, Wikipedia explains it all:  https://en.wikipedia.org/wiki/Public_domain_music

There are many songs that we know, perform, share, learn and teach that are in this category of public domain.  A great deal of these songs are found in the country, folk and bluegrass worlds, and many of them were brought to this country with the original immigrants in the 18th century.

Over the generations and centuries, songs have been passed down through a process called “oral tradition” or (as it is also known) “the folk process.”  This means that the songs were not recorded on paper, but were passed by ear memory from one generation to the next, one family to the next, one community to the next and one culture to the next.

You don’t have to go looking very far to find plenty of these tunes in the public domain.  How do we find versions of these songs that give us a full picture of the tune, melody and lyrics, as they have been passed down over the years?  You might want to know what the definitive versions of these songs are.  I believe when you go to answer that question, you’ll find that the songs have evolved over time and many versions exist in recorded history.

Making the song your own simply involves finding the lyrics that appeal to you.  A song such as “Shady Grove” is a prime example.  There are many versions of this song in the history of its being recorded.  If you want to do exhaustive research on older songs such as these, I recommend a series of books I’ve mentioned before, The English and Scottish Popular Ballads by Francis James Child.  Child was an American folklorist in the late 19th century.  Within his five volumes there is a vast treasure trove of songs, some that we know but many more that we’ve never heard of.  But you don’t have to work hard or dig deep to find these tunes.  Many are around today and found through easily accessible sources.

Give some of these older songs a try and see how you can make it your own.  Use lyrics you like and experiment with instrumentation, arrangements and tempos.  And don’t forget to apply dynamics while you’re at it – softer volumes, swelling crescendos, dramatic tension or peppy rhythms.  Give it all a try and have fun with these old songs.

I’ve worked with all of my singing students at one time or another on breathing.  We’ve worked with it in the context of providing air support for singing as well as using deep breathing to calm the mind and focus the attention.  Recently I learned a “fun fact” about the lungs themselves.  It seems that the lower part of the lung possesses oxygen receptors that are more capable of taking in and holding air than the receptors in the upper lung.  This means that the lower lung is more effective in managing breath, and is further proof that the diaphragmatic breathing is most effective for singing.  Our breathing exercises actually expand your lung capacity, thus strengthening your ability to take in, use and manage breath.

I went again to Wikipedia to grab the article on diaphragmatic breathing.  For further study, have a look here:  https://en.wikipedia.org/wiki/Diaphragmatic_breathing

I found this additional article interesting – it describes “The 4-7-8 Breathing Technique,” how to go about it, and why it is good for relaxation, specifically.  https://www.healthline.com/health/4-7-8-breathing

See you next time for a discussion about more topics on voice production, performance and storytelling in song.   Thanks for reading!

Quick Announcement:  I’m opening my voice studio to new students, so if you’re interested in studying singing, check out my teaching HERE   Then get in touch!   Email me HERE

________________________________________________
Award-winning recording artist, Broadway singer, journalist, educator and critically-acclaimed powerhouse vocalist, Susie Glaze has been called “one of the most beautiful voices in bluegrass and folk music today” by Roz Larman of KPFK’s Folk Scene.  LA Weekly voted her ensemble Best New Folk in their Best of LA Weekly for 2019, calling Susie “an incomparable vocalist.”  “A flat out superb vocalist… Glaze delivers warm, amber-toned vocals that explore the psychic depth of a lyric with deft acuity and technical perfection.”  As an educator, Susie has lectured at USC Thornton School of Music and Cal State Northridge on “Balladry to Bluegrass,” illuminating the historical path of ancient folk forms in the United Kingdom to the United States via immigration into the mountains of Appalachia.  Susie has taught workshops since 2018 at California music camps RiverTunes and Vocáli Voice Camp.  She is a current specialist in performance and historian on the work of American folk music icon, Jean Ritchie.  Susie now offers private voice coaching online via the Zoom platform.   Visit Susie’s Website HERE

VOICE NOTES:  A FOLK DIVA’S GUIDE TO THE GALAXY Number 7