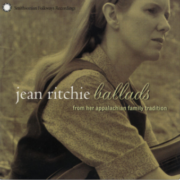 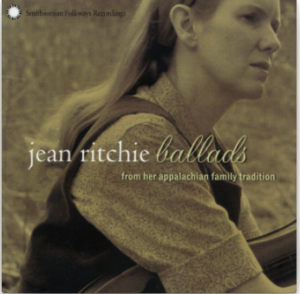 The English ballad Lord Bateman finds itself firmly in the pantheon of the Child Ballads, that is “The English and Scottish Popular Ballads” published in five volumes by James Francis Child in the late 19th century.  Also known as “The Turkish Lady,” This song has a long and interesting history in the scholarship of the Appalachian ballads that had their origins in the British Isles.

The Jean Ritchie family version is the one I learned, and the recording here is from Jean’s album “Jean Ritchie Ballads From Her Appalachian Family Tradition” on Smithsonian Folkways from 1961 and re-released in 2003.  Interesting fact you might notice:  Jean’s singing style reveals several unique language idiosyncrasies that reflect the times and culture of the Eastern Kentucky parlance which adopted many older forms of speech, albeit modified for pronunciation.  These were typically adaptations of the original, old English words.  For example, when the narrator sings about the CASTLE it’s pronounced with a hard “T”: “casTle.”  There are also several other  instances of specific language usages that reflect the Kentucky culture which you will notice.

The Ritchie family was specifically inclined to collect these older songs, and learned and developed them over time.  It was during the early 20th century that Jean Ritchie learned this ballad from her father, Balis Ritchie.  About the performance of such songs in her childhood, Jean herself wrote:

“…when young folks got tired of playing games, they’d sit around a fireside and sing for hours…Some of the oldest songs were swapped here, especially when everyone got quiet and still. These songs had visions of castles, ships, lords and ladies. Of far off lands and exotic places like London Town, Dublin Town, Bonny Scotland. The thought that these places could really exist outside of the mountains, forever left their impression.”

Listen to “Lord Bateman” on Soundcloud

Lord Bateman was a noble lord,
He thought himself of a high degree,
He could not rest nor be contented
‘til he had sailed the old salt sea.

O he sailed east and he sailed to the westward,
He sailed all over to the Turkish shore,
There he got caught and put in prison
Never to be released any more.

Now the Turk he had one only daughter
And she was fair as fair could be
She stole the keys to her father’s prison
And declared Lord Bateman she’d set free.

She took him down to the deepest cellar
She give him a drink of the strongest wine
She threw her lovin’ little arms around him
Saying, o Lord Bateman, if you were mine.

Well seven long years has rolled around
Seven years and they feel like twenty-nine
It’s she’s packed up all her gay clothing
And declared Lord Bateman she’d go find.

O she sailed east and she sailed to the westward
She sailed all over to the England shore
She rode till she come to Lord Bateman’s castle
And she summonsed his porter right down to the door.

O, is this not Lord Bateman’s castle?
And is his Lordship not within?
O yes, o yes, cried the proud young porter
He’s a-just now bringing his new bride in.

She has got a gold ring on every finger
And on one finger she has got three
And enough gay gold all around her middle
As to buy Northumberland of thee.

O up and spoke that new bride’s mother
She never was known for to speak so free
O what’s to become of my only daughter
Who has just been made a bride to thee?

I have done no harm to your only daughter
And she is the none of the worse for me
She came to me with a horse and saddle
And she shall go home in coacharie.

Lord Bateman he pounded his fist on the table
And broke it in pieces one, two, three,
Says, I’ll forsake all for the Turkish lady,
She has crossed that old salt sea for me!

Love and Blessings to you all ~ keep singing and hug your loved ones close.

Love and Blessings to you all ~ keep singing and hug your loved ones close.

VOICE NOTES:  A FOLK DIVA’S GUIDE TO THE GALAXY Number 29