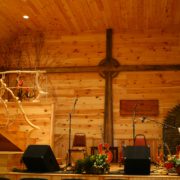 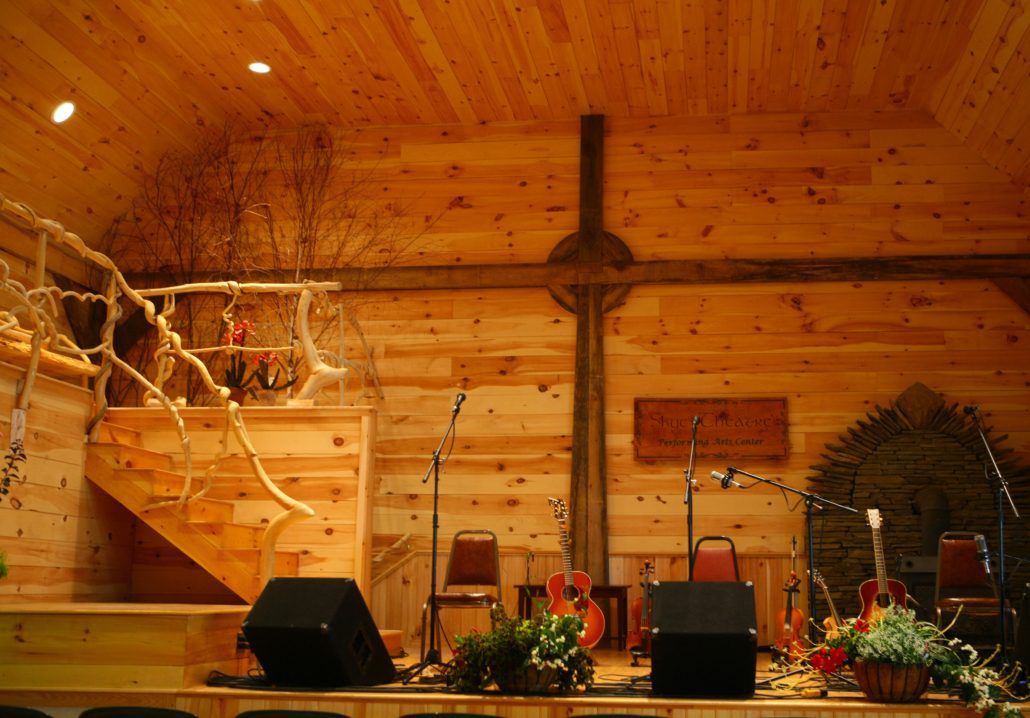 The Skye Theatre first opened in May, 2006 (with a concert by Prince Edward Island’s Cynthia MacLeod and Gordon Belsher), the first of an amazing stream of top-notch Celtic musicians to come to a corner of rural Maine from Scotland, Ireland, the Canadian Maritimes, Québec, and the U.S. Enticed by who, you might ask? The Skye Theater was the brainchild of Phill MacIntyre and his wife Jan. They live in rural Maine in South Carthage, really off the beaten path…Phill, maybe because of his Scottish heritage (I never asked him), discovered “Celtic Colours,” the ten day long Celtic music celebration that happens every October in Cape Breton, Nova Scotia and wanted to bring some of that same music to Maine. So in 2006 he decided to build the “Skye Theater.” Phill and Jan lived and owned property on a high ridge in west central Maine. Phill had a business buying and selling antique car parts. 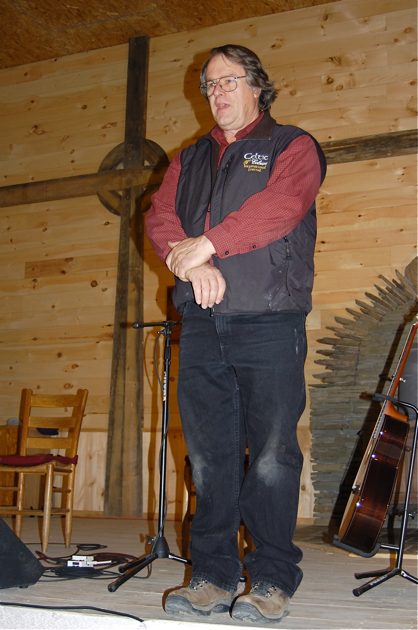 What was to become the future Skye Theater was a large metal building surrounded by Tractor  trailers full of junk car parts like rear axles from 1936 Studebakers, you get the idea.  The plan was to convert the main building to a theater where trad artists who were on tour from Canada and Europe would have a stop off point and a venue for gigs on “off days.” Phill wanted to convert the “car parts” building to a performing arts center with an apartment to house touring musicians. The final Skye Theater had a kitchen, lounge room, and at least 3 bedrooms to accommodate touring musicians. here’s the outside of the building during the conversion process. 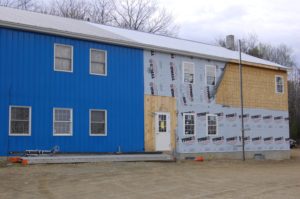 Early in the process, my band, T-Acadie, was booked to play at the Theater. The renovation was nowhere near done yet, but a room on the second floor was available and we were hired for a concert in December. Don’t remember the year, maybe 2008? It was a snowy day in western Maine that day and the dirt road up to the theater is quite steep and slippery. We barely made it and the weather kept getting worse after we were up on the hill. I remember thinking this was going to be a bust of a gig and probably dangerous going home, when the “audience” started rolling in. It was pretty overwhelming! I forgot to take into account that the local audience was used to this kind of weather. Everyone met in the second floor room. Some were seated in chairs and others on the floor or standing. What a great concert (I think this was the T-Acadie Xmas concert). We quit a little early to get out of there as the snow kept coming but there were over 100 at the concert and it was a wonderful time and a great success! 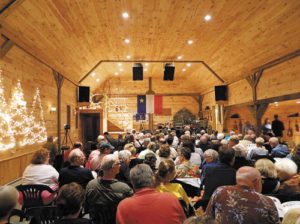 In addition to helping touring artists from North America and Europe, the Skye Theater was a great example of building community. Materials were donated for the “renovation” of the hall, labor was pretty much all volunteered. the result was a 250 seat theater that regularly offered world class entertainment! There were so many top-notch acts that played at the Skye over the years. Off the top of my head, I remember Jerry Holland, Brenda Stubbert, Troy MacGillivray, Tens Strings and a Goatskin, Tidal Wave, Alasdair Fraser and Natalie Haas, Denny Breau, Don Roy, Owen Marshall, the Gawler Family, so many more!!! 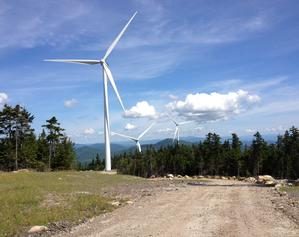 But time and circumstances have a habit of catching up with us, and after nine or so years the Skye theater had to close. There were a number of factors I think. First of all, I believe, was the drop off of support from the audience but also from the many volunteers that kept the venue going. Secondly there was pressure from a local business to purchase the property. This high ridge in Western Maine had been discovered by a local wind energy company even before Phill and Jan built the Skye. Wind turbines had been constructed for the Saddleback Ridge Wind Project, but the company was in need of space for offices and equipment storage. So the big metal building which had previously held junk auto parts, was repurposed back to heavy industrial use. My understanding is that the theater space was ripped out and now is a garage for work trucks (sigh). Well, I guess using the space to help supply renewable energy to Maine isn’t really a BAD thing. I’ll end this piece with a shout out to Phill and Jan MacIntyre: THANKS FOR ALL THE HARD WORK!!!  and with a video of my band T-Acadie playing a set at the final concert at the Skye in September 2014.

THE SKYE THEATER - A Celtic Music Venue in Rural Maine