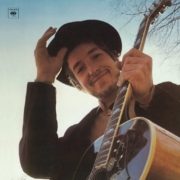 The first decade I played music was all about immediate pleasure, but after a while I could tell I wasn’t improving as much as I would like. However, the moment I began thinking about music as something whose primary aim was to achieve objective quality with, I began to associate music with work. I suspect that many kids that are forced into learning classical piano or violin as children begin to make this association, and end up with some degree of aversion to music because they have associated it with the goal of perfection as opposed to the process of fun.

The notion of time plays an important role here, and the accompanying notion of sustainability. If a human life was one year, then associating certain activities purely with goals might work. An absolute sustained focus on the best objective result, for example in performing a song the best way, will leave one at the time of their death (after the one year) with a better performance than if they only focused on having fun. However, the truth is that a human life is very long, long. In fact, it is long enough that associating an activity purely with a goal and not with the fun in the process might be detrimental in the long term.

In a one year span, the classically trained, ultradisciplined musician may perform much better than the one that plays purely for the sake of fun. However, by the five, ten, or maybe even fifty year mark, the extra hours accumulated by the amateur due to the intrinsic joy of the process, and the probably inevitable quitting from music by the one purely concerned with perfection, may lead them to not play at all. As a result, the “first will be last” and “the last will be first” in the long run.

(This version of Dylan’s “Girl From The North Country” featuring Johnny Cash features many imperfections. For example, the harmonies don’t always match up and Dylan’s phrasing is characteristically uneven. If one was to give them explicit directions and to repeat the take, they might have fixed the imperfections but lost some of the spontaneity and magic of this take.)

Without a doubt, it’s been some combination of perfectionism and playing for fun that has gotten me to where I am. In a way, though, as I personally transitioned from my initial interest in playing music for the intrinsic short term pleasure (that inevitably faded away quickly), to a mindset of obsession with objective quality at the expense of enjoying the moment, I quickly lost genuine interest in playing music.

I would guess that over that period, my performance may have improved but my creativity might not have. When one begins to consider anything unexpected as a “mistake”,  they begin to be surrounded by fear, a fear that scares them away from further exploration.  The opposite isn’t ideal either. There are in fact certain ways of performing or certain songs that are better than others, so it’s worth discerning that as well. However, as with many things, there needs to be some sort of balance.

If there is a final rule, it might be said that one should have as much fun with the process as one can without losing sight of the objective quality, or without losing the ability to turn their focus to that when they should. Similarly, one should never become so obsessed with the goal of perfection that they lose interest altogether and give up completely. In other words, care as much about the result as you can without letting it turn you around altogether. Walk as close tot he fire as you can without getting burned.

Playing with the Fire of Perfectionism

A Time for Perfectionism and a Time for No Hesitation