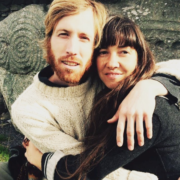 The mark of a true folk singer lies in an ability to expertly and effortlessly draw from the deep-reaching roots of melody, imagery and lyric that twine into the reservoir of folk tradition, transforming the details to reflect the current truths of the world, while simultaneously retaining a unique artistic voice. Fellow Pynins, Ian George Van Ornum and Dani Aubert, do just that. With silken-soft, honey-laced harmonies and innovative instrumentals that seem at once familiar and endlessly surprising, Fellow Pynins quite literally breathe folk tradition into every element of their performances and personal lives. Whether showcasing newly-penned original songs or shining a light into the cobwebbed corners and twisting pathways of classic pieces of the folk repertoire, their astonishing arrangements, raw sincerity, and delicate, intimate connection to the music and each other will leave you enthralled and questioning the supposed ‘boundaries’ of the folk genre. 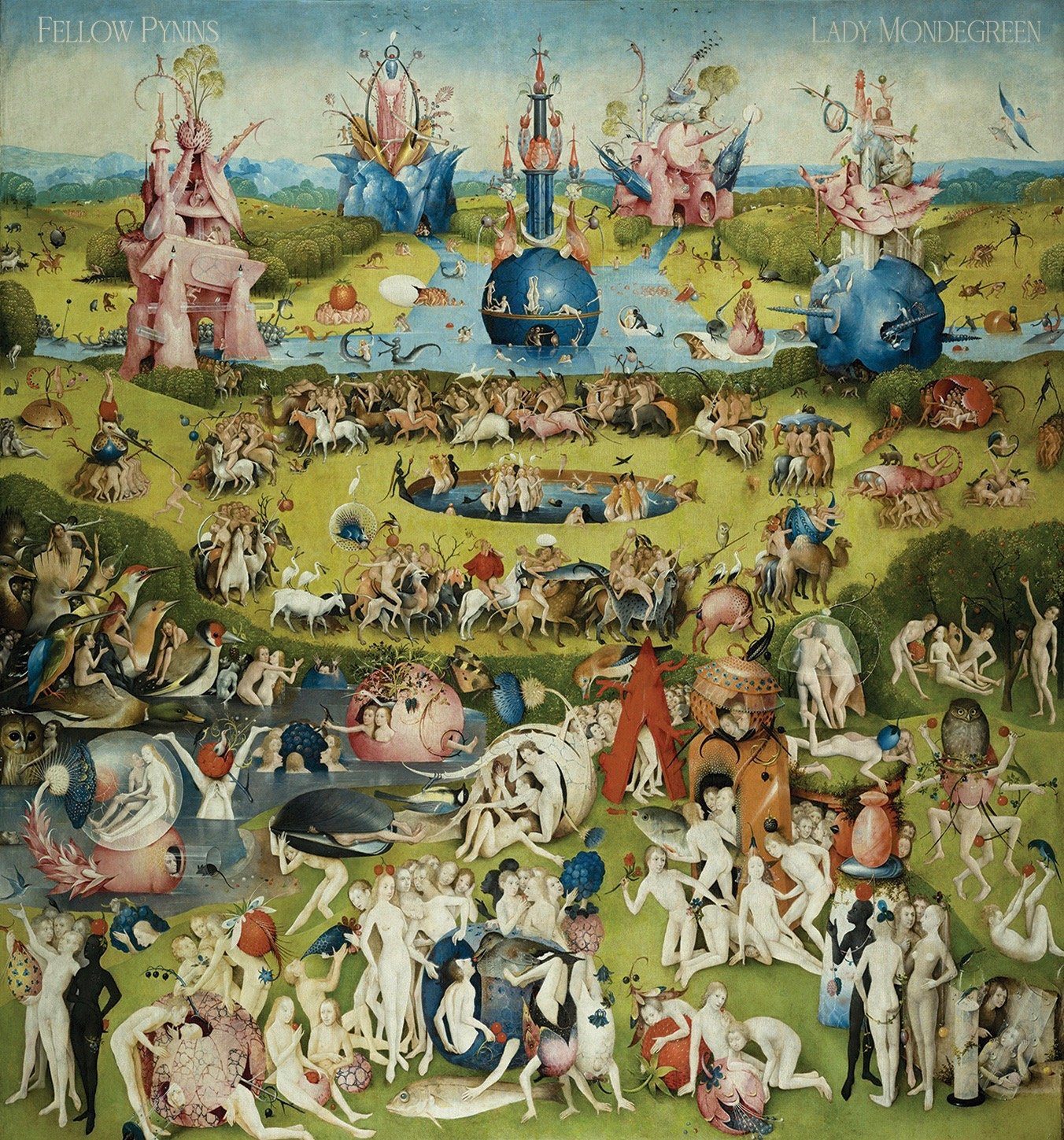 In their newly released sophomore album, Lady Mondegreen, they take this one step further. Where their first album, Hunter & The Hunted—which remains a favorite and regularly played album of mine, to this day—features a cornucopia of soothing, quirky, exhilarating and even mystical original pieces, Lady Mondegreen (deriving it’s name from a term referring to the mishearing of a phrase or lyric in a way that gives it new meaning) turns its’ attention to honoring an entire roster of classic traditional folk songs. However, you would be hard-pressed to find any renditions of these well-loved pieces that come close in dynamism or artistic honesty to Pynins multi-dimensional, darkly spell-binding re-imaginings.

From the cinematic, meandering instrumentals and melancholic call & response vocals of My Son David, to the chilling death-knell of brass that opens She’s Like The Swallow, or the archive-style, recording which begins The Galway Shawl (collected on an adventure through Ireland, which they will most happily regale you with), Pynins manage to retain the simplicity and grit of the collected folk songs of old, while imbuing each piece with a deep intimacy and urgency one usually feels from a heart bearing singer-songwriter session. These songs are not simply drawn from someone’s life; they become a living act of folk tradition—a reflection of their own personal stories hidden within the intimate stories of those they know, those they have encountered on the road, and those we all have always known, through folk song.

With the repetitive themes of lamentations on lost love, squandered riches, or dust-covered, lone-wolf commentary on the harshness of the road and the human experience, so often it seems that modern renditions of well-known folk songs can feel stodgy or cliché. But, as a means of both reflection and expression on themes which remain genuine and relevant in our societies and our individual lives, Fellow Pynins have an innate understanding that the to key to folk music is in it’s ability to shift and bend, adapt and grow. Though monarchical rulership or sword-clashing battles might feel antiquated to many Americans, the concepts of power and it’s possible abuses, economic disparity, the perils of war, great love and great loss, all remain vibrantly relevant…and in their most capable hands, these folk characters become living, breathing, three-dimensional people. 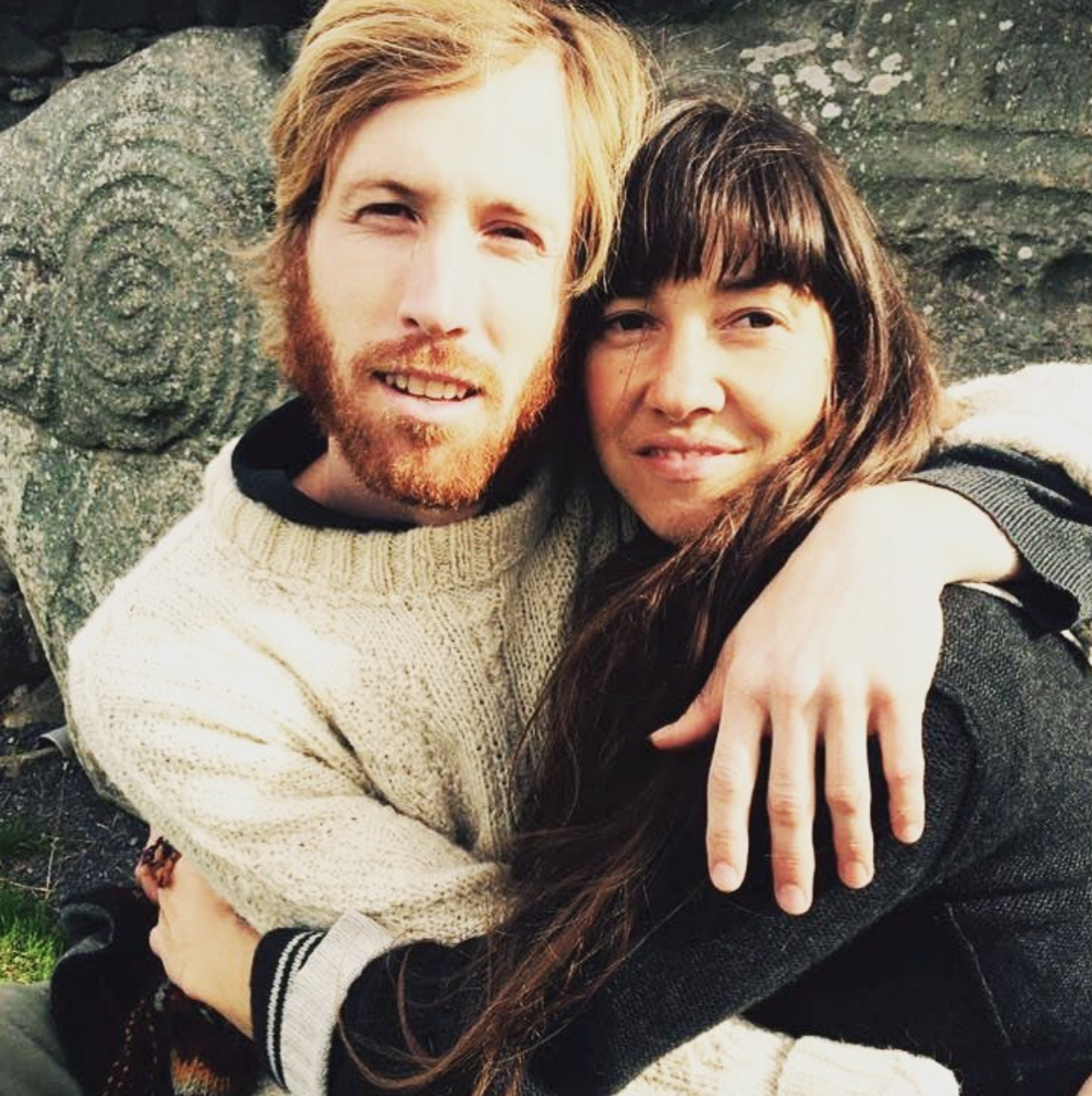 Pretty Polly was the first single to be released off the their new album. In this adaptation of the well-known murder ballad of the same name (and a few others), however, Aubert was struck by one version’s melodic link with Woody Guthrie’s Pastures of Plenty. Closely tied to the land, themselves, and with discussions on refugees and migrant workers a hot topic in the both local and national American news, as ever, Aubert imagined a different ending for the tragic Polly; an ending that would not have been uncommon in any age or era. In Fellow Pynins rendition, a poor, young (likely unmarried) couple—now with a baby on the way—must flee their homeland in London to look for work across the sea, transforming into Guthrie’s migrant workers of Pastures of Plenty, tilling the American soil. In the fertile, though fire-ravaged, hills of Southern Oregon, with two young children of their own, these folk songs continue to take on deeper layers of meaning for the duo. Yet, even when singing of the many harsh realities of the world, which so often feature in folk songs, the two manage to retain a sense of whimsy and magic throughout. As Van Ornum pointed out during our conversation,

Songs about epic battles or kings and queens, which once were quite relevant, seem so far removed from us now. But we still need that. We need a bit of inspiration and escape, now more than ever.

It comes to mind that the shift in lyrical focus on moral-heavy ballads and historical recountings of battles, work songs, or even myth-songs, into the self-centric expression we find in modern, ‘mainstream folk’ or the identity of the ‘singer-songwriter,’ perhaps reflect most clearly the ways in which we have become increasingly dissociated from community, connection to the land, and our own sense of place within the larger context of the world. Where once narrative was key in the folk genre, now the focus lies on the internal world of the individual. Yet, there is an obvious hunger for the former, which can be seen in the escapism of historically-favored dramas on television and a continued appreciation for songs of magic, mystery and history that are recognized even by non-folk listening audiences today. In striving to express the human condition, the genre must encompass all these things—the individual and community experience; the mythic and mundane; the momentary and the ancient—for they all have a part to play in the shaping of our future. Fellow Pynins do this genuinely, easily and without pretense. What’s more, they do it very, very well.

Lady Mondegreen was recorded over 10 days, in their off-grid tiny house in the mountains of Oregon. It was officially released in May, 2022, showcased at the Folk Alliance International gathering in Kansas City, MO. To support their work, check out their Patreon page or purchase the album through their bandcamp site. (As a side note, if you happen to be reading this article right when it comes out, don’t forget that June 3rd is First Friday, when Bandcamp passes on all profits directly to the musicians). You can purchase their first album, Hunter & The Hunted or find out more about their tour dates in Europe and the US via their website, at www.fellowpynins.com. The video version of our interview will be available for readers of FolkWorks and Patreon supporters of the podcast in June. The official Folking podcast episode will be released, later this summer.