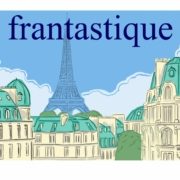 In French, the language of LOVE, it’s “Bonne Saint Valentin!”

♡  The  SOUTH FLORIDA FOLK FESTIVAL is happening today ON Valentine’s Day, plus we include news of one of its featured artists playing next weekend,

♡  There are BUNCHES of live streaming VALENTINE’S DAY CONCERTS

⊙  … after ubiquitous red hearts, Thursday is Red Planet time. For the first time ever, we’ll be able to HEAR what’s happening on Mars. In addition to all its other gee-whiz features, Perseverance has an open mic. We take you there!

They’ve announced the lineup and it’s totally wild, with over 1000 artists. It’s open to the public with admission coming by donation to the Village Fund, a COVID relief fund helping musicians and folk music workers.

“To my knowledge, Folk Unlocked, presented by Folk Alliance International aka FAI, is the largest-ever virtual music festival, with over 1,000 acts playing all forms of folk music from all over the globe,” says music industry guru Nick Loss-Eaton.

He adds, “The festival is open to the public and tickets are available now via donation to the Village Fund, FAI’s new relief fund for musicians and folk music workers which has already earned ink from Rolling Stone and Billboard.”

Folk Unlocked has been called a festival of festivals, with artists from all fifty states in the U.S. as well as Australia, Bolivia, Brazil, Canada, Chile, Colombia, Egypt, England, Finland, France, Germany, Guyana, India, Iran, Ireland, Israel, Italy, Ivory Coast, Mexico, Mongolia, Nepal, Netherlands, New Zealand, Nigeria, Scotland, Senegal, Spain, Sweden, Turkey, United Kingdom, and Wales are set to perform, over 30 countries in total. In a dramatic closing party, artists have been paired with counterparts across the globe for a Global Music Marathon.
Of a prior, in-person event produced by FAI, the Wall Street Journal said, “There were countless examples of folk as a valued element in the contemporary musical landscape… To wander the poster-festooned hallways was to be greeted by traditional folk in all its iterations, experience its transporting powers, and be welcomed into its world.”

Folk Unlocked will be an incredible experience for the adventurous music fan seeking discovery; or the long-time festival goer enjoying GRAMMY-winning old favorites.

Here’s a SAMPLE from that thousand-musician lineup:

Los Lobos
Terrance Simien
Cedric Burnside
Jim Lauderdale
Keb Mo
The McCrary Sisters
The War and Treaty
A.J. Haynes of Seratones
… and they are just a sprinkling of stateside performers set to play.

We should clarify a point that’s caused some confusion:

■ The FOLK ALLIANCE INTERNATIONAL CONFERENCE is happening concurrently with the festival.

■ THE FESTIVAL will be open to the public by donation (all ticket links below); meanwhile, the CONFERENCE is pay-what-you-can for anyone in the music industry, including artists and performers who are not in attendance. Just check their site.

☆  Fans / Everyone who wants to catch the performances / virtually attend the FESTIVAL, get your login info with a donation here:
https://folk.org/showcasedonation

☆  Fans / musicians — if you can’t “attend” and want to help anyway, or just want to chip-in early for the benefit/festival, you can make a secure online donation to the fund at:
https://folk.org/resources/the-village-fund/

☆  Learn more about the The Village Fund at:
member.folk.org/donations/donate.asp?id=20519

Access to 800 hours of showcase programming as well as the awards announcements are all right there for you — there’s a minimum suggested donation of $20 towards each $500 grant amount The Village Fund will provide: folk.org/thevillagefund
Sara Watkins, two-time GRAMMY Award-winning solo artist and member of I’m With Her and Nickel Creek, said, “The Village Fund will offer support to the folk musicians who have themselves supported us with their music and art for so long.”
GRAMMY Award-winning artist, and former FAI Board member Dom Flemons stated, “We are a community of creative entrepreneurs reeling from the pandemic, so announcing The Village Fund is a welcome relief for many.”
In preparing to provide grants through The Village Fund, FAI conducted its second study of artist and industry need during the COVID crisis, the first revealing dire and pressing loss of income as well as food and housing instability among a startling number.
The Village Fund’s name is inspired by the rural origins of various folk music traditions, the urban villages that expanded the folk audience, and the recognition that folk music forms one global village of fans, artists, and industry professionals alike.
FAI has committed $25,000 from its reserve and hopes to raise an additional $75,000 in public support for the fund in order to initially distribute 200 grants of $500, with plans to continually replenish the fund. The Village Fund will open applications in April for FAI members and those who have participated in FAI events over the past three years. A simple “financial need” verification process will place all applicants into an eligible pool, and recipients will then be drawn by lottery. Strategic priorities will be addressed as part of the process.
Donations to the fund opened January 19, 2021 and a public kick-off event will provide donors “fan access” to the Folk Unlocked showcases, a virtual music festival taking place February 22-26 with over eight hundred hours of performances. Donors will have the exclusive opportunity to see and hear folk music legends as well as emerging talent. Organizers describe it as an opportunity to discover “artists you’ve never heard of but will never forget.”

Meantime, here are some notes on a few of the acts:

·      GRAMMY-winning zydeco artist Terrance Simien will perform; and, in a separate set, his daughter, Memphis’ Marcella Simien, will also play.

·      Winner of NBC’s The Voice and singer-songwriter Sawyer Fredericks

·      Stars of the documentary film 20 Feet From Stardom the McCrary Sisters, who “seize and hold the spotlight,” according to the New York Times

Pour yourself a big mug of something that keeps you warm, then settle-in with this list (with bio/profile links) of the lineup. Fair warning, you’ll be there awhile  and there’s a risk of going hoarse saying, “Oh, wow!” over and over:

Best of all, your wide-eyed, happy-eared enjoyment will help a lot of music folks in need. A hearty congratulations to Folk Alliance International for going immeasurably farther than what anyone might have dreamed.