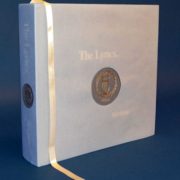 Nobel Who? You Don’t Need a Weatherman

To Know Which Way the Prize Goes

A Commentary by Ross Altman, PhD 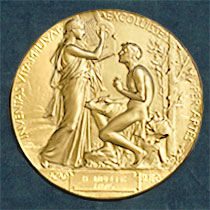 Another wasted Nobel Prize for Literature goes to someone you’ll never hear of again, while the writer whose Collected Lyrics are responsible for more quotable quotes than any book this side of Bartlett’s Familiar Quotations is passed over again. What were they thinking in Stockholm, I wonder, to make yet another award for extra-literary reasons—in this case the literary remembrance of the Nazi Occupation of France—rather than for literature itself, a body of work that truly represents what Victorian poet/critic Matthew Arnold called “the best that has been thought and said.”

I refer of course to the collected works of the Poet Laureate of Rock and Roll, Bob Dylan, America’s weathervane in spite of himself—the artist whose every utterance is likely to find itself in newspaper headlines whenever the editor wants to hook a reader on a story. The vapidity of the Literature Prize has become all too predictable; no one can tell without a Google Search who won after it stopped being given to writers you had to have heard of before they won the award.

I refer to writers like Hemingway and Faulkner, Steinbeck and O’Neill, Seamus Heaney and Toni Morrison. Dylan can be spoken of in their company without blushing—a great writer who wouldn’t raise an eyebrow were he to win the prize that is supposed to represent what literature aspires to be—a permanent record of Man Thinking, not a temporary fad of the moment. 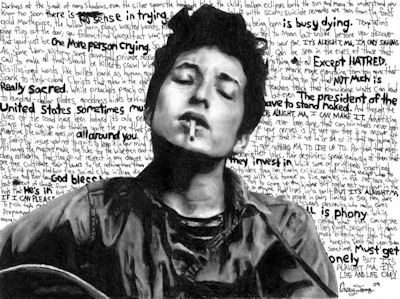 In 2006 the Prize went to a Turkish novelist who squeamishly accepted his country’s century-long denial of having committed genocide against the Armenians in 1915.

In 2012 it went to a Chinese author who leant his temporary notoriety to endorsing the Chinese house arrest of Ai Weiwei—the dissident Chinese painter who was placed under house arrest with the blessing of their Nobel Prize Winner in Literature—who could not bring himself to denounce state censorship and support free speech. Shame on Beijing, but more to the point shame on the Nobel Committee for not giving Ai Weiwei the Peace Prize and supporting his human rights campaign to bring democracy to China.

Isn’t it about time the Nobel Prize in Literature went to a writer who was banned from even performing in China on the grounds that the authorities were afraid of what Bob might say from the stage. Isn’t it about time it went to a writer who again and again has proved that the pen is mightier than the sword—whose song I Shall Be Released is the official anthem of Amnesty International, and whose song Hurricane helped to get its unjustly imprisoned subject Ruben “Hurricane” Carter released from prison. 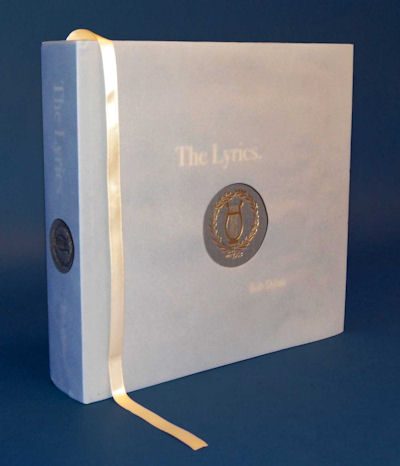 Let the Nobel Committee choke on it.

Bob Dylan and his band will appear in concert at The Dolby Theatre in Hollywood at 8:00 PM Friday, October 24, Saturday, October 25 and Sunday, October 26. See his website or TicketMaster for information and tickets.

Sunday evening October 26 from 7 to 10:00pm Ross Altman hosts a celebration of the Dylan Thomas Centennial at The Found Theatre in Long Beach, 599 Long Beach Blvd. This is a participatory event for lovers of Dylan Thomas’ poems—with a little extra thrown in for lovers of the other Dylan’s songs. Come read a poem/sing a song and celebrate the Welsh Bard and the Poet Laureate of Rock and Roll in a memorable evening of poetry and song.

Come gather round people wherever you roam and celebrate two great poets and singers of song; a once-in-a-lifetime opportunity to rage, rage against the dying of the light.

This not-for-profit Dylan Thomas 2014 Centennial Commemoration is a © production of Grey Goose Music (BMI) and The Found Theatre; all works to be performed are copyrighted by their original authors or estates and therefore performances may not be videotaped, photographed or tape recorded; all cell phones to be turned off.

NOBEL WHO? YOU DON’T NEED A WEATHERMAN