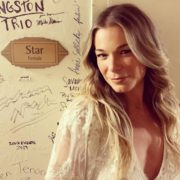 The Oldest Dance Hall in Texas Is Coming to Chapman University 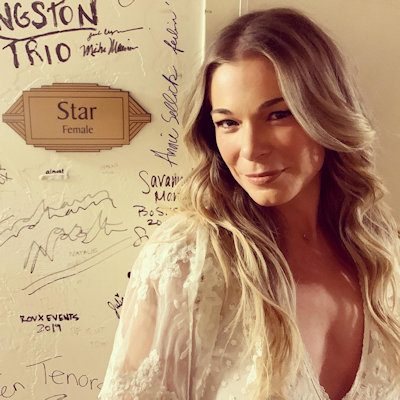 25 years of chart-topping hits, 2-time Grammy winner, 3-time CMA Award winner, Americana winner and the youngest Grammy winner of all time at the tender age of 14, and yet this is her first live album, from the oldest dance hall in Texas. Welcome to LeAnn Rimes! And now she’s on her way to Musco Center stage at Chapman University in Orange.

Rimes: Live at Gruene Hall is the title of her most recent release, and her first live album. It contains a wide range of her music, from the songs she started out with—Country—to Pop to Rock and Roll to Standards to Gospel. She wanted to express the full range of her musical devotions, for this upcoming show at the Chapman University Opera House.

Blessed with a 3½ octave range and a powerhouse soprano voice that makes your ears stand on end, Rimes began by sounding like Patsy Cline and went on from there.

She was born in Jackson, Mississippi August 28, 1982. She and her family moved to Garland, Texas at the age of six. She began to enter singing contests at the time, and by the time she was 13 had already established herself as a local celebrity who had won the attention of a radio producer and DJ who would write her first song—Blue:

Blue Oh, so lonesome for you Tears fill my eyes ’til I can’t see 3 o’clock in the morning, here am I Sittin’ here so lonely, so lonesome I could cry

(The last line was pretty good.)— But her Patsy Cline voice got her in the door. That was her breakthrough moment—and won her first Grammy the following year. She was on her way—the youngest star since Tanya Tucker in 1972. She has now sold over 45 million records world wide.

But it’s not her millions of records that sold me on LeAnn Rimes. It’s her charitable causes. She has raised millions of dollars for the Equal Rights Campaign on behalf of gays and lesbians, bi and transsexuals.

“On December 19, 2010, she performed The Rose, joined by The Gay Men’s Chorus of Los Angeles in remembrance of the many gay teenagers who committed suicide in 2010. On her weblog she wrote on June 18, 2011: “I believe in equality for everyone. I believe everyone should have the right to love and commit to whomever they want. […] All I know is that in God’s eyes we are all the same. I just wish we could see through the eyes of God more often.”

“In 2008, she opened up about her lifelong struggle with the autoimmune disease psoriasis. She participated in a PSA to raise awareness about the disease.

“Rimes lent her voice to the 2008 song Just Stand Up. The proceeds benefited Stand Up to Cancer. As a result of SU2C fundraising endeavors, the SU2C scientific advisory committee, overseen by the American Association for Cancer Research, was able to award $73.6 million towards cancer research.”

What I found so compelling about her is that “Over the last two decades of her career, Rimes has supported many charities, organizations, and foundations, some of which are: ACM Lifting Lives, Children’s Miracle Network Hospitals, Disabled American Veterans, Elton John AIDS Foundation, Gay Men’s Chorus of Los Angeles, Grammy Foundation, Habitat for Humanity, Human Rights Campaign, Make-A-Wish Foundation, Muscular Dystrophy Association, MusiCares, National Psoriasis Foundation, Save the Children, Stand Up to Cancer, The Salvation Army, The Trevor Project, VH1 Save the Music Foundation”

Most recently, she has released a vinyl record in support of Independent Record Store Day last April 13. For those of us who still remember vinyl records, not to mention independent record stores, we cannot help but be charmed by her twin celebration of both these relics of history. She has enlisted herself in the honor rolls of artists like Bob Dylan and Neil Young and Bruce Springsteen—who represent the best of the past as well as the present of the record industry.

Does the name Patsy Cline still mean something to you? Evidently it does to LeAnn Rimes, for those were the days when records appeared on vinyl as a matter of course. Perhaps that explains the name of her 2016 release—Remnants. It might be called Remaindered—or Left Over. LeAnn Rimes will appear at Chapman University’s Opera House—the Musco Center. She will bring her amazing voice and her greatest hits. We will be thrilled and lucky to hear her.

Here is The Story, the lead single from the album—by Brandi Carlyle.

[Chorus] All of these lines across my face Tell you the story of who I am So many stories of where I’ve been And how I got to where I am Oh, but these stories don’t mean anything When you’ve got no one to tell them to It’s true… I was made for you I was made for you

LeAnn Rimes doesn’t have those lines across her face—yet. But she knows they are coming, and she welcomes them. That’s what makes her so charming. She is ahead of herself. Her readiness for the age she is growing into, even the pain that awaits her—that her songs have prepared her for. One of those songs is Bridge Over Troubled Water—a Paul Simon song. Another is the Homer Joy song Streets of Bakersfield, which Dwight Yoakum recorded with Buck Owens, and sang in the recent 8-part series Country Music by Ken Burns.

LeAnn sang Cattle Call with Eddy Arnold—a country classic. And speaking of country classics, try the late great George Jones, He Stopped Loving Her Today, and Kris Kristofferson’s Help Me Make It Through The Night. But don’t stop there: For LeAnn Rimes has also recorded a working man’s hero song, 16 Tons by Merle Travis, and she sings it with real feeling and distinction

But that isn’t what makes her LeAnn Rimes—it’s patriotic songs like God Bless America, which Kate Smith sang by Irving Berlin, and America the Beautiful, with lyrics by Katharine Lee Bates and music by church organist and choir master Samuel A. Ward—worldwide classics that illustrate what I have in mind—songs that transcends time and space—and hold their own in an opera house. Only a great singer can make a go of it. Consider three songs that she has made her own.

Amazing Grace by John Newton—the English slave master who had an epiphany on board a slave ship and gave up slaving upon writing this Gospel masterpiece—is LeAnn Rimes’ contribution to gospel music—which she will offer to this “Christ and Church” school—the perfect place for it. If you like Joan Baez and Judy Collins’ version of it, as Al Jolson would have said, “You ain’t heard nothing yet.”

LeAnn Rimes version of Unchained Melody by Hy Zaret (who co-wrote “One Meat Ball” with Lou Singer) and Alex North written for the prison movie Unchained in 1955 has a rich legacy before becoming a hit for the Righteous Brothers in 1965. It was first sung by black baritone Todd Duncan in the movie. Zaret originally wrote the lyrics in 1936 under a different name.

But for a folk singer, we have saved the best for last: Last Thing On My Mind by Tom Paxton. LeAnn Rimes performed it as a duet with Irish singer Ronan Keating in 2004. That’s what makes her a rare artist—but they are all in her repertoire. And they will be bright shining stars in the LeAnn Rimes songbook at Chapman University on November 10 at 4:00pm.

So if you grew up on Patsy Cline, and have wondered where Willie Nelson’s Crazy went, and Hank Cochran and Harlan Howard’s I Fall to Pieces, you don’t have to wonder any more. LeAnn Rimes will bring them to life for you. What rhymes with Cline? LeAnn Rimes. Don’t miss her!

Ross Altman has a PhD in Modern Literature from SUNY-Binghamton (1973); belongs to Local 47 (AFM); and presides over The Santa Monica Traditional Folk Music Club; he writes for FolkWorks; Ross may be reached at greygoosemusic@aol.com