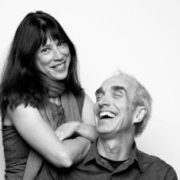 Criteria:
The primary focus was on the lyrics – did they tell the story, paint the picture, were they creative and well crafted, and did they address the theme? Second, did the music support and enhance the lyrics? Overall, was the song compelling? Did it have an emotional impact? Did I want to listen to it again? And finally, did I want to play it for my listeners? Was it “Music They Don’t Want You to Hear”?

Linda Sussman | We Will Rise
Linda had this to say about writing her song. “What moves people to stand up to those in power? A child without hope, lost connections to the past, poverty and inequality drive people to resist, even in the face of overwhelming odds. “We Will Rise” celebrates the belief that right is always stronger than might and when the pain of injustice becomes too great, people’s voice of resistance can indeed be louder than guns.”

In the final frames in the video for this song Linda adds this stanza:
Speak Up, Push Back
Stand Up Together
Together, A Better World

The video amplifies the powerful message of Linda’s song through a series of images that captures the essence of the struggle for peace and justice in America.

Laura E Zucker | Louder Than The Guns
For Laura the issue was very personal: “As the mother of three, my heart aches for those parents who have lost their children to gun violence. Add to that number the brothers, sisters, spouses, friends who have suffered an untimely, PREVENTABLE loss. I absolutely cannot fathom that even the slaughter of a classroom of 5 year-olds has not moved our nation to adopt common sense gun control. I despair that we seem to have accepted this as normal.

There are days that I wake up and think what it would feel like if I lived in a country were gun violence was the exception, rather than the rule. Mass shootings are now reported along with the weather, and road construction. I am heartsick and how inured we have become to the loss of life at the hands of people who should never have had guns in the first place. No ordinary citizen needs an AK-47 with a high-capacity magazine. Too many mothers and fathers have lost their children to senseless gun violence, while our elected officials do nothing.”

Tret Fure | Louder Than the Guns
Tret expressed a frustration that many of us feel about people who refuse to take simple steps to protect their community. “I wrote this song out of frustration towards the people who choose not to mask or get vaccinated. Masking should still be mandatory and vaccinations as well until you have medical reasons. I know we don’t all agree on this but we have lost too many people needlessly due to the carelessness of some.

This is a song that has been shouting to come out. The frustration I feel just doesn’t go away and the insensitivity of some people who care more about their so called ‘rights’ than the greater good of humanity is just baffling to me. There is an undeniable rage swirling around us that is louder than any gun.”

Aidan Quin & Christine Stay, Friction Farm | Louder Than Guns
Christine had this to say about writing this song. “Where we live in the rural south, guns are seen as a symbol of strength and conviction. Guns are decisive, focused, and active. Ready, aim, fire. How do we offer another point of view? How can we give an alternative to violence, desperation, or fear without attacking their core beliefs? We think the best way is to communicate kindness and compassion, to demonstrate tolerance and hope. Those can be powerful and effective as well. But we need to overcome some of our own fear and judgment to walk the walk not just sing the song.”

Congratulations to our awardees and to all the amazing singer songwriters who submitted songs. All the songs and their associated artist statements can be heard on Mixcloud at: