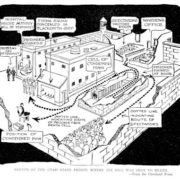 A Great Day in Utah 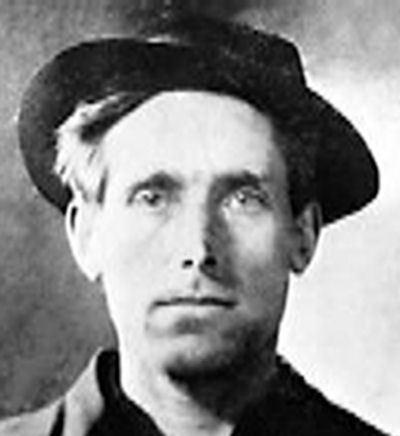 Ninety-nine years ago today the great state of Utah executed labor’s troubadour Wobbly songwriter Joe Hill by firing squad. The author of such labor song classics as Rebel Girl, There Is Power in a Union, Pie In the Sky (The Preacher and the Slave) and Casey Jones, the Union Scab went to his death with his head held high. His last known words were addressed to fellow Wobbly Big Bill Haywood: “Don’t Mourn for me, Bill; Organize.”

Joe Hill also left his Last Will and Testament, in the form of a song:

My will is easy to decide

For there is nothing to divide

My kin don’t need to fuss and moan

For moss won’t cling to a rolling stone.

My body? Oh, if I could choose

I would to ashes it reduce

And let the merry breezes blow

My dust to where some flowers grow

Perhaps some fading flower then

Would come to life and bloom again

This is my last and final will

Good luck to all of you

This masterwork of gallows humor was written November 18, the night before he was executed by firing squad in Salt Lake City. It first appeared in print in the 9th edition of the Little Red Songbook the following year, in 1916—and has never been out of print since. 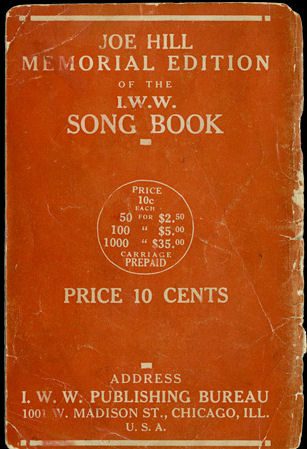 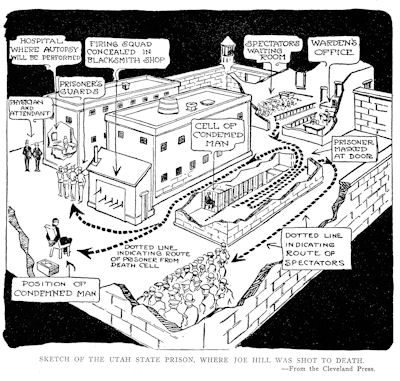 Fellow workers, as brilliant as Joe Hill’s sense of irony was as evidenced by the poem  Joe Hill’s Last Will (later set to music by Ethel Raim and recorded by many folk singers since, including Pete Seeger, Joe Glazer and U. Utah Phillips, the Golden Voice of the Great Southwest), it pales in comparison to the extraordinary sense of irony today evidenced by the Utah State Legislature in passing the motion to revive the state’s firing squad for executions—which was banned just ten years ago—apparently on the 89th anniversary of Joe Hill’s execution.

That is why, in the words of Alfred Hayes, Joe Hill will never die: with perfect timing in its infinite wisdom (read callousness and inhumanity) the great state of Utah continues to revive his memory every decade. Long may Salt Lake City serve as the unswerving reminder of the everlasting legacy of labor’s greatest poet and songwriter, the voice of the international working class who first told us:

You will eat by and by

In that glorious land above the sky

You’ll get pie in the sky when you die—

(The Preacher and the Slave, written in San Pedro, California during the dockworkers strike in 1910, where Joe Hill first joined the Industrial Workers of the World, the IWW.)

By Ross Altman (Exclusive to FolkWorks)

A Great Day in Utah