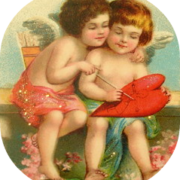 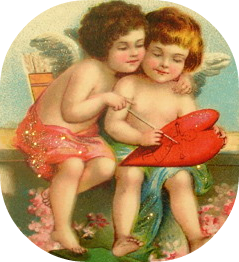 Ah, romance. The day is dedicated to celebrating love and intimate relationships. A beautiful day of hearts, flowers, special restaurant dinners; it also includes familial love and platonic friendships for many. Though in common parlance the general public has dropped the title “Saint” in Valentine’s Day, most know that there was indeed a St. Valentine and that this day is named in his honor.

But who exactly was this saint? And why do we celebrate his day on February 14? The choice of this particular day is because that was the date when Valentine died in A.D. 278 – beheaded by Emperor Claudius II of Rome. It is no surprise to learn that this emperor was also known as “Claudius the Cruel.” The Emperor wanted a strong army to wage war campaigns on behalf of Rome but was having difficulty finding men willing to leave their wives and families to join his army. His solution was to forbid marriages and engagements in all of Rome. Valentine defied this order and married young couples in secret; on the order of the Emperor he was arrested and then beaten severely before his beheading.

There are a number of steps to becoming a saint in the Catholic church and if you want to know more about that you can find it here. It is also surmised that encouraging the celebration of the saint’s day on February 14 was of benefit to Pope Gelasius I who wished to stamp out, or at least minimize, public participation in the Feast of Lupercalia – a celebration of animal sacrifice, running around naked, and general debauchery.

Enough about its sordid history. As the day has now become a celebration of love and romance, I bring you a playlist of love songs: some bittersweet, some joyous, some from well-known artists and some who have flown under the radar.

A well-known favorite in the bittersweet category, is this one from the late, great Leonard Cohen: “Hey, That’s no Way to Say Goodbye.”.

Meg Christian was one of the founders of “women’s music” in the seventies and gave us this beautiful love song to another woman. Her Valentine Song is the lyrical evolution of a committed relationship, simply presented with voice and acoustic guitar.

Palmer Lee and Chase Coy are Nashville’s 3rd and Union. Their fresh and upbeat take on love, expressed with their delightful harmonies is simply called My Love. This indie duo has not had much activity since the release of their album in 2012 though they publicly indicated a desire to release a new album in 2018 though it has not yet appeared. Meanwhile, music from their first and only release can be found in online sources such as Spotify, iTunes and Pandora.

And, of course, there is Kate Wolf’s beautiful Green Eyes. Although we lost her voice and her brilliant songwriting on this earth in 1986, her music lives on.

And, finally, I will leave you with a “blast from the past” that lives on from the heyday of sixties folk. This gem, by The Seekers, is still as beautiful as ever. Here is I’ll Never Find Another You.