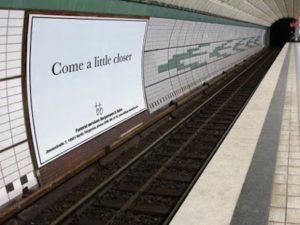 Or, for the healing power that music has, perhaps this Bob Gibson/Tom Paxton/Annie Hills folk classic:

and if you are not tired of me, here’s one of my latest:

There you have it. Folksingers, get out there and rattle the cage no matter what side you are on.
And always remember that you just never know for whom you sing. And no matter what you believe, put it to music. Maybe some sense can come of this disturbing age we live in. No?
“… and for my next song”…Zap! Ouch!