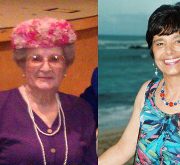 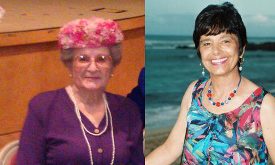 At the time of my adoption at birth, my parents were told that I came from Irish stock, so they diligently did their best to support what they were told was my cultural heritage. They weren’t even sure of their own, although they surmised that the blending of the Williams and Wilson clans from the American Midwest represented an ancestry that began somewhere in the United Kingdom.

A curious child, I asked about what is euphemistically referred to as “the birds and the bees” at an early age. Without batting an eye, my mother told me about the “special lady” who wanted me to have a better life than she could provide; they wanted a child and couldn’t have one so she gave me to them. A lovely story indeed and when I asked about her, she said “all we know is that she was Irish.”

And so began the recognition of St. Patrick’s Day in our house and being referred to as “our Irish girl.” If there was an exhibit at a museum that featured anything Irish, they would lovingly draw my attention to it. Although my parents had several second and third generation Irish friends, we knew no one actually from the “auld sod” so my education about all things Irish was sorely lacking. I did know, for certain, that I liked the traditional music on the occasions when I had the opportunity to hear it. I followed the news reports of the “Troubles” * during my high school years and felt sadness for the country of my ancestors. I knew someday that I would travel there and see Ireland for myself. 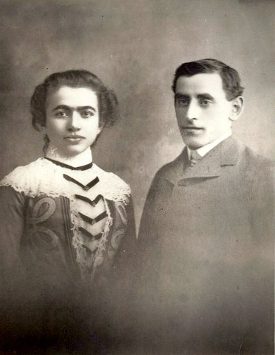 My curiosity did not abate in adulthood so I set out on a quest to find my Irish birth mother. I knew that I had been born at a local hospital so at least the challenge of finding her would not likely take me overseas. I agonized over making the decision to search and joined an online adoptee group. It was there that I met the private investigator who would direct my search and lead me to my birth mother who then lived in Hawai’i.

I summoned the courage to write her a letter and it was not long after that I received the phone call. I can’t quite explain the overall sensation other than to say that it felt like we already knew one another. We asked each other about our lives in the intervening 36 years and finally got to my question “what do you know about my Irish ancestors?” This was probably the first pause in our conversation; hesitantly she said “well … you are actually … Jewish.” While I was processing this information she added, “how do you feel about that?” I laughed and said, “Well, actually I am an attorney with a predominantly Jewish law firm and I can’t wait to go to work tomorrow!”

From there began a new relationship in my life. For those who may be wondering, my relationship with my mother never dimmed. It felt natural to me to have two moms: one who raised me with Midwest homespun values and the other who, in her career, held a high level executive position at A&M records and never tired of hearing the stories of my work with Ken O’Malley as an independent musician during the Internet’s ascendency.

Thus began a new quest to find my ancestors which was made easy by the ready-made family tree I was immediately given. I learned of my great-grandparents Anuta and Zodak Perlin, Jews who came from Belarus/Ukraine. There was also a book, published by my great Aunt Edna Sheklow called “So Talently My Children” based upon the story of “Mama” and “Papa” Perlin’s early days in the U.S. after their emigration to Brooklyn. The welcome I have received from their many descendants has been amazing.

My love of Irish music remains strong. And, now I know why Klezmer has always held such appeal as well. It’s in the DNA.