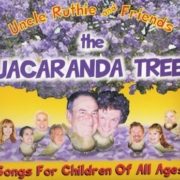 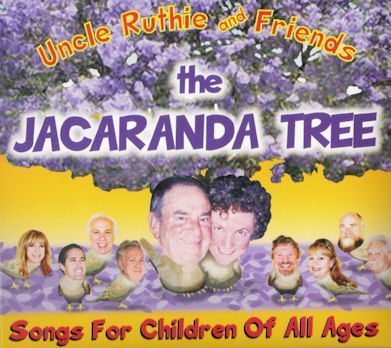 For obvious reasons, I should not be reviewing Uncle Ruthie’s new double CD; full disclosure: we have been friends for twenty-five years, she has cooked noodle kugel for me, I have sung at all of her husbands’ memorial services, she has confided in me about each of her boyfriends and assured me that the only reason she was interested in them is because I wasn’t available, and I have been a guest on her classic KPFK radio program Halfway Down the Stairs for more times than I can remember-usually losing a nights’ sleep to get there at 7:00am to prepare for her 8:00am start time.

Thus, not only is objectivity out of the question; I am not even able to be impartial, or anything less than avowedly pro-all things-Uncle Ruthie, due to the simple fact that I love her.

But I also love the high ground of journalism, and have written on another occasion that even from this lowly perch, I am proud to uphold the high standards of this profession. So what am I to do? I tried to abstain from this assignment, to recuse myself as it were from having to compromise my fourth estate credentials due to this conflict of interest. But as Uncle Ruthie is my friend, and she personally asked me to do this, I am forced to choose between an abstract principle and a personal commitment, for that is what friendship is.

On that score, I find that it is not a difficult choice to make: friendship trumps journalism. So with that proviso, here is my take on The Jacaranda Tree, Uncle Ruthie’s magnificent new double CD of songs for children: If you like Uncle Ruthie, you will like this album. And what’s not to like? Have you not listened to her faithfully for over fifty years on KPFK’s flagship children’s show, Halfway Down the Stairs? Have you not watched your children’s eyes open wide with delight as Uncle Ruthie takes you down the rabbit hole of imaginative journeys through every culture and conceivable kind of human encounter that they are heir to? Have you not quietly thanked her with gratitude that every Saturday morning her show enlightens and entertains, informs and inspires, and always in good taste? Have you not been equally grateful that she never fails to find exceptional guests (present company excluded) to add just the right song or story or additional instrumental accompaniment to her rainbow stew of delights?

Of course you have. Before there was Sesame Street, there was Uncle Ruthie, breathing life into the printed page, and suspense into the written word. She didn’t need a puppet-it was all there in her voice-that singular voice that needs only a microphone to fill your mind with characters and scenes from every walk of life.

Were all the children’s books of the last century to burn in a Ray Bradbury nightmare, a good many of them would survive and still be available on Uncle Ruthie’s collected tapes from her show, beautifully enunciated in her clear, soothing voice. But did you know she also wrote songs? Not that it matters; her indomitable legacy is secure; the songs are just icing on the cake of Halfway Down the Stairs. But she does write songs, about the sacred and the profane-about how you should walk your dog, and how she dealt with the ravages of breast cancer (In Loving Mammary-on her adult album, “The Mystery of Time”); about Rosa Parks and Martin Luther King, and about how you should not let others dictate what a family is. Uncle Ruthie is fully engaged with her times, and with eternity as well.

Who else would name their dog Godot? Who else would or could host a poetry reading at Workmen’s Circle every month, not to read her own poems, but to encourage every literary wannabe in town to read theirs? Who else would devote their day job to the education of special needs children, and then burn the midnight oil to edit down the raw tapes of last year’s live broadcast for Black History Month into this year’s perfectly sculpted show for a new Black History Month-that included the story of America’s first black president?

There ain’t no one else out there-that’s who. Not that KPFK realizes the treasure they have. They are always trying to cut her show down to a half hour, moving her precious time slot earlier and earlier, hoping that no one will be listening and they can finally justify abandoning her altogether; after all, this 80 year old thrice-widowed Jewish grandmother with one breast doesn’t fit any contemporary demographic.

And yet, unaccountably, people continue to listen, and get up earlier and earlier not to miss her show. Perhaps that’s why Uncle Ruthie got the prestigious Magic Penny Award this year from the Children’s Music Network. Named for Malvina Reynold’s classic children’s song, the one that says, “Love is something if you give it away…you end up having more,” this award could not have found a more worthy recipient. Uncle Ruthie has been giving it away since KPFK (90.7 FM) started broadcasting in 1959, and has never made a dime off her priceless weekly show. We should all be immensely grateful for both her talent and her dedication, and should give her more love in return. One way of expressing this would certainly be to buy her new CD-The Jacaranda Tree.

Worth the price of admission is Uncle Ruthie Buell’s powerful new anti-spanking song, which extends Martin Luther King’s philosophy of nonviolence to childrearing, without exception showing parents there’s a better way to discipline than with the back of one’s hand, without losing the sense of humor that makes even painful subjects a source of imaginative pleasure. There is an almost-X-rated cow song, a Green Christmas song for the holidays, and one of Uncle Ruthie’s trademark forays into the mind of a child. She has an uncanny ability to project herself into the world that children actually live in-where rejection is always just around the corner-here captured in The Anti-Lydia Club.

Uncle Ruthie’s albums are always well produced, and feature an array of some of the best children’s artists who are honored to be her musical collaborators. You will recognize their names: Dan Crow, J.P. Nightingale (John and Pam Wood), Fred Sokolow (on dobro, banjo, mandolin, autoharp and guitar) and Gary Poirot on piano help make this generous collection of 35 songs sparkle in a thrilling variety of musical settings, all held together by Uncle Ruthie’s humane, whimsical and life-affirming sensibility that has enriched our lives for more than half a century.

It is dedicated to her late husband, sculptor Stanley Schwartz, whose wood recreations of the animal kingdom gave Uncle Ruthie a profound appreciation of a world just beyond the borders of human speech. He would certainly be honored to have this beautiful collection of children’s songs presented in his memory-with a number of photos of them together in the richly illustrated enclosed booklet. You always get more than you pay for with Uncle Ruthie; she is old school value that you can trust-from its cover painting of a jacaranda tree filled with turtledoves to its two CDs-one for younger kids, and one for the older. You can grow up with Uncle Ruthie at your side. I did. We all did.

Ross Altman has a Ph.D. in English. Before becoming a full-time folk singer he taught college English and Speech. He now sings around California for libraries, unions, schools, political groups and folk festivals. You can reach Ross at Greygoosemusic@aol.com