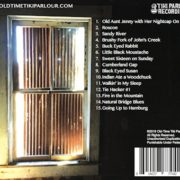 MIKE BRYANT AND THE IMPOSSIBLE RECORDING 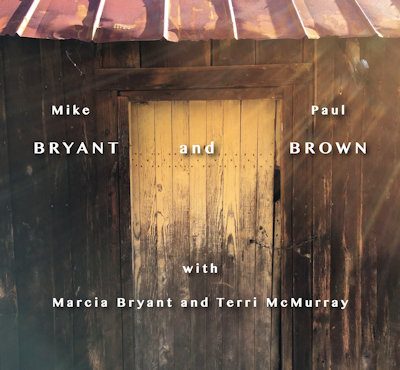 2018 has been a dynamic year so far for the Old-Time Tiki Parlour. We recently released the monumental Paul Brown CD & DVD Set as well as the fiddle duet album King’s Lament that I recorded with fiddler Susan Platz. A series of near-miracles combined with careful planning and tons of passion allowed these projects to grow into beautiful productions. But nothing prepared me for our latest release. One of the most anticipated old-time CDs of a modern fiddler has just been released: Bryant & Brown.

The impossible has happened.

Tennessee fiddle titan Mike Bryant has finally recorded a fiddle album. It also features old-time genius Paul Brown on banjo along with Marcia Bryant and Terri McMurray providing a powerful rhythm section on guitar and banjo uke. Since word broke out that this CD was in the works, there’s been a roar of excitement (and disbelief) from legions of Bryant devotees in the greater old-time community. In fact, when I first started recording for the Tiki Parlour, several musicians including Bruce Molsky, Joseph Decosimo and Paul Brown all asked if I had plans to release a CD by the reclusive Mike Bryant. At the time, all I could do was hope.

Mike rarely records. He is a perfectionist with no interest in the spotlight. Most people, including myself, believed that a recording like this would never happen. The mere thought of a Mike Bryant recording was simply an exercise in futility. After considerable pressure and encouragement from friends and family he recorded with some of his dearest friends and his wife.

Over forty years ago, Mike Bryant began playing old-time fiddle. He’s a two-time winner at the Appalachian String Band Music Festival in Clifftop, West Virginia, and has won many other fiddle competitions. Some hardcore old-time musicians will remember his fiddling in The New Dixie Entertainers. This band stockpiled many blue ribbons as well, including several first place wins at Clifftop. Their out-of-print album Maybelle Rag is a classic.

“A lot of really great old-time musicians say Mike Bryant is their favorite contemporary fiddler. In his forty years of playing, Mike has spent countless hours sculpting the phases of fiddle music. He shapes a net of paths to travel through bowing, note choice, ornamentation and phrasing. He is able to listen to a tune and find its heart and then frame that essence within his own style.” 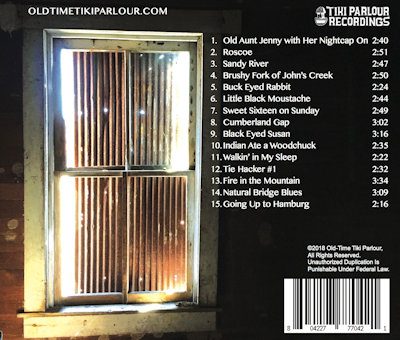 These days, Mike can be found teaching at the occasional music camp and at home in Tennessee, but he mostly enjoys playing with friends at home. To the great excitement of West Coasters, he’ll be performing and teaching at this year’s Berkeley Old-Time Music Convention in September to celebrate this new release. A rare happening indeed!

Every track oozes with his heartfelt playing and inimitable bowing. He is a master of subtlety. With every listen, new secrets begin to surface. His playing on this recording will be deeply studied by many of my musician friends and students. If you’d like to delve into the impossible, then I highly suggest that you immerse yourself in this very special and unprecedented recording. I certainly am.

MIKE BRYANT AND THE IMPOSSIBLE RECORDING