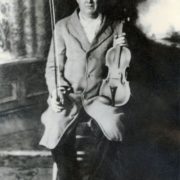 King’s Lament: A Book of Fiddle Duets and Solos for Violinists and Fiddlers 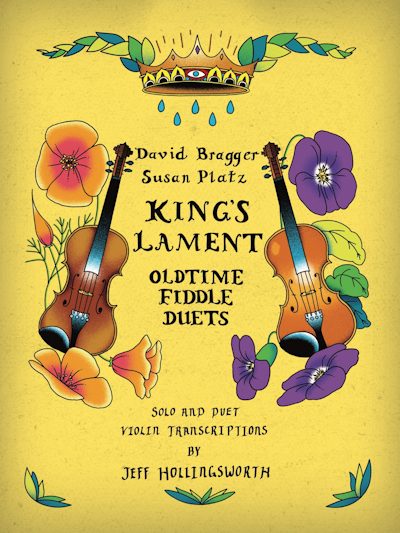 I am a fiddle teacher by trade. I’ve taught approximately twenty thousand lessons. I have always taught by ear and always will. In other words, sheet music doesn’t play a role in my teaching method. Old-time music is an aural tradition. Throughout a decade and a half of teaching, I have met countless violinists and “weekend” fiddlers who have entered my studio to learn the elusive art of old-time fiddle repertoire and bowing. Most of them shared the same story: They were fearful of learning by ear so they either suppressed their curiosities for years OR they attempted to learn through sheet music with little to no success. Even I began learning the fiddle by using sheet music and various “fake” books during my first year. It got me nowhere. Most often the tunes were transcribed as simple skeletal versions and bowing was often non-existent or just plain wrong. My life changed when I began studying fiddle by ear, under old-time guru Tom Sauber. Around the same time, I discovered the The Fiddle Book by Marion Thede. Even Tom plays just about every tune out of the book. It was the one book that a fiddler could depend on, if they chose to read notation. 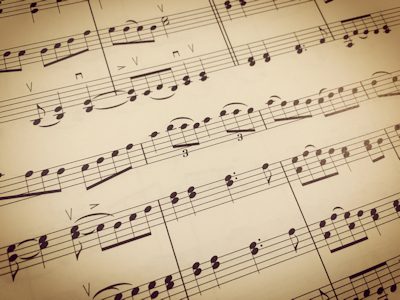 Years later as I began recording old-time and fiddle-centric albums, there have been countless requests for transcriptions. When Susan Platz and I released King’s Lament—Old Time Fiddle Duets last year, we started getting a ton of inquiries regarding sheet music for our double fiddle pieces. So last year, we began a collaboration with master transcriber/fiddler Jeffrey Hollingsworth. We wanted to create a book of our fiddle duets designed specifically for violinists and fiddlers who embrace the page.

Jeff spent the last year working through our recordings and visiting us for variations and bowing demonstrations. He painstakingly transcribed every tune from our duet album with accurate bowing, fiddle seconding parts and variations. The pieces were rigorously tested and sight-read by professional violinists throughout the writing process. 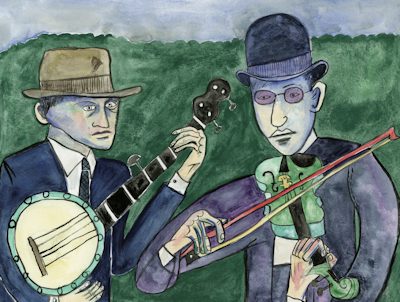 It is a perfect book for introducing readers of music to the nuances of old-time fiddle. It’s a simple fact that, aside from violinists, there are fiddlers throughout the world that read notation. Now they have a book that captures what we old-time fiddlers do without the limitations from a fake book. In other words, the bowing is all there! Players can learn the tunes and the harmony/seconding parts on their own or learn the music with a duet partner and play our double fiddle arrangements. Tons of fun either way!

As with all of the Tiki Parlour releases, there’s more than just the music. The author Jeff Hollingsworth has supplemented the sheet music of this 76-page book with helpful information including rhythmic old-time bowing advice and scordatura versions. Also, old-time fiddler and folk artist Howard Rains has included beautiful full-page reproductions of his artwork that correspond to the tunes and sources from the album. And the book cover design is by old-time fiddler/animator Nick Bachman with lettering by fiddler Tricia Spencer!

To celebrate this release, you can order the Book OR the CD & Book Bundle at a special discount. In fact, almost the entire catalog will be on sale due to this momentous occasion. Cheers!

KING’S LAMENT: A BOOK OF FIDDLE DUETS AND SOLOS FOR VIOLINISTS AND FIDDLERS