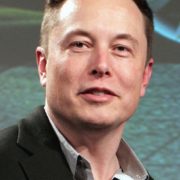 In Praise of Immigrant Entrepreneurs 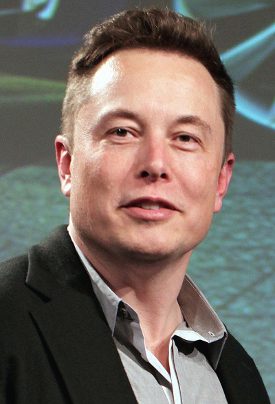 Elon Musk. This amazing man was born and raised in South Africa, began college in Canada then completed dual Bachelor of Science degrees (physics and economics) at the University of Pennsylvania. Accepted into the PhD program in physics at Stanford, he left after two days to pursue his entrepreneurial ambitions which led to his co-founding of the company that became PayPal. He moved on from there into Space X and Tesla as well as many other companies.

Since there has been so much talk about immigrants lately, I’ve begun to notice how many immigrant entrepreneurs provide valuable services in my own life. The dry cleaners I have patronized over the past 20 years were owned by immigrants from Mexico and Korea. The guy who owns the body shop and bails me out whenever a stationary pole jumps out unexpectedly and hits my car (through no fault of my own) is from Honduras. And, not surprisingly, the nail salon I patronize is owned by Vietnamese immigrants. Did you know that we can thank actress Tippi Hedren for connecting women she met at a refugee camp who desired to make their own way in their new country with careers as entrepreneurial manicurists? Although her original group was composed solely of women, men are now also represented as professional manicurists and shop owners.

So, what exactly is an entrepreneur? Webster’s dictionary defines the term as “one who organizes, manages, and assumes the risks of a business or enterprise.” This applies to the manicurists and other small shop owners as well as Elon Musk. So, don’t our independent immigrant folk musicians fit this definition as well? Most of those whom I know personally are from Ireland but this is just one of many countries from which musicians have brought their culture and music here to our country and made it their life’s work.

Through FolkWorks, I have been introduced to others such as Yuval Ron. Born in Israel, he is not only a brilliant musician but also peace activist who leads an ensemble of musicians from different faiths and cultures, with the goal of achieving peace and unity through music. Cambalache, led by Cesar Castro from Veracuz, Mexico, is a group of musicians, now based in East Los Angeles, who perform traditional Son Jarocho music. Their name is fitting as well: Cambalache means “exchange” in Spanish.

Not only are there talented musicians who have emigrated from other countries to the US and continued to write and perform here, there are many others who, while they may have been born in this country, continue the musical traditions of their ancestors. One such group is Nevenka, a Los Angeles-based women’s folk chorus that performs songs from Eastern Europe. Chloe Pourmorady is a Persian-American composer, violinist, and vocalist whose music is influenced by both her Persian and Jewish roots.

One thing that Yuval Ron, Cambalache, Chloe Pourmorady, and Nevenka have in common is that you can hear them perform in person at the upcoming Folkworks Folk/Roots Festival on March 24, 2018, at St. John’s Presbyterian Church in West Los Angeles.

And, lest you think that musical imports are a one-way street, what we know as “American” bluegrass is rooted in the music of immigrants from Ireland and the UK. Also in Ireland, there is a strong Jazz community; the Cork Jazz Festival just celebrated its 40th anniversary this past October.

I believe that we are enriched in countless ways by our interactions with others whose personal history, ancestry, and life experience differs from our own. Folk music in particular is well suited to cultural exchange and introducing various communities to one another. So, a hearty thanks to all of the entrepreneurial immigrant musicians for their contributions to our community. And, as we all know, the best way to support these valued musical entrepreneurs is to attend their shows, buy their music, and spread the word!

IN PRAISE OF IMMIGRANT ENTREPRENEURS