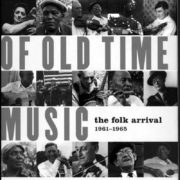 The Friends of Old Time Music (FOTM), founded by Ralph Rinzler, John Cohen, and Israel Young, were responsible for a series of fourteen concerts. From 1961-1965 the FOTM, with support from Mike Seeger, Alan Lomax, and a few others, brought real traditional folk musicians to New York City to perform. The oversized booklet in the set gives you a brief history of the FOTM organization and biographical info on their founders. Several playbills and numerous artist photos are included as well. 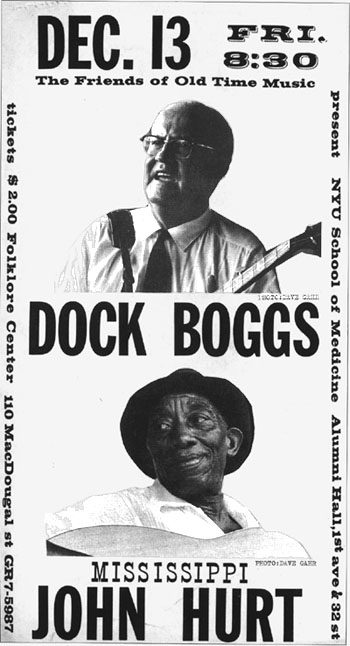 I relate this set to the Harry Smith Anthology since several of the original artists who recorded 78 sides found on the Smith anthology are performing here decades later. It provides us with a real lesson in comprehending the timelessness of this music and with these performers in particular. As far as I’m concerned, most of these artists are in their prime, and the recording quality is stellar. Just listen to old-school fiddle master Gaither Carlton or guitar lord Joseph Spence. They might convince any neophyte to bow at the altar of Old-Time Music. The 56-page booklet contains three essays by producer Peter K. Siegel, FOTM founder/old-time musician John Cohen and master musician Jody Stecher. One can also expect elucidating notes and anecdotes about each track and performer. Now for the spoilers…

In this set, we have a variety of styles and musicians nearly as diverse as the music found on the Secret Museum of Mankind set, but here it’s in the American idiom. Doc and Arnold Watson begin our traditional tour with wonderful duet singing on I’m Troubled. There’s a certain charm and immediacy to this particular version that dwarfs other versions, including those from Flatt & Scruggs and the Blue Sky Boys. Later on, Doc is joined by another family member: his father-in-law Gaither Carlton. Gaither is one of my favorite fiddlers and his beautiful archaic style can be heard swinging and droning through Lonely Tombs, Double File, Hick’s Farewell and Brown’s Dream. I might add that Doc’s guitar work in Brown’s Dream should be studied by every guitarist interested in backing up old-time fiddle tunes. The bass notes are beautifully rendered.

In addition to the Watson Family, there are stu 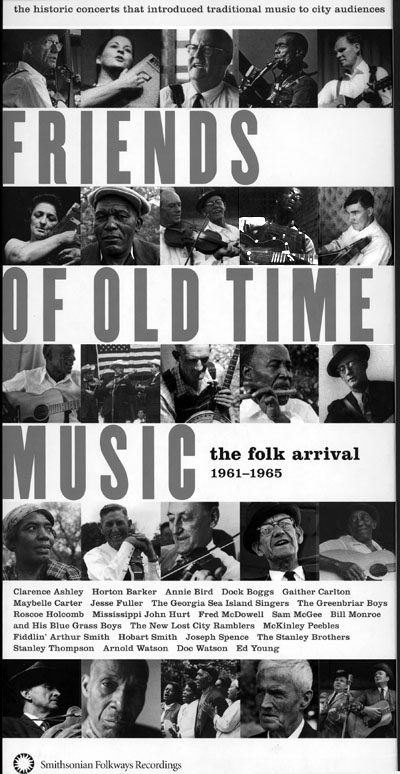 nning tracks by Dock Boggs, Roscoe Holcomb, Fred McDowell, The New Lost City Ramblers, Clarence Ashley, Hobart Smith, Bill Monroe, and Jesse Fuller to name a few. One of the ultimate highlights is a track of Maybelle Carter playing a beautiful version of Sugar Hill on the banjo, clawhammer style. I never thought I’d hear something like this. Maybelle played banjo as a young girl and put it aside when she started playing the guitar. I only wish there were more. The other runner-up in this set is Bimini Gal by Joseph Spence. This Bahamian songster has one of the most wild and weird guitar / vocal styles that I’ve ever heard. I urge you to listen to any of his recordings and you’ll find a man that manages to deliver the sound and rhythm of an entire calypso band while improvising and grunting in a fashion not unlike Captain Beefheart.

Another highlight is the playing of Bill Monroe. Just listen to his mandolin solo in Live and Let Live and you’ll hear a real old-time musician. There’s none of that dreadfully slick and unemotional finger work that you find in most modern bluegrass. Monroe displays a wicked sense of raw syncopation and timing that reminds me more of Yank Rachell than Ricky Skaggs. Also in the set are some great tracks from other old-time legends: The Stanley Brothers, Sam McGee and Arthur Smith.

All in all, the FOTM set offers a refreshing glimpse into the musical history of some extraordinary musicians, during a pivotal time period in the old-time music saga. Instrumental and vocal renditions of old-time, early bluegrass, Delta blues and gospel are offered and they’re ours for the taking.