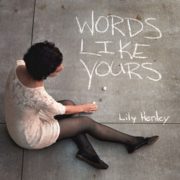 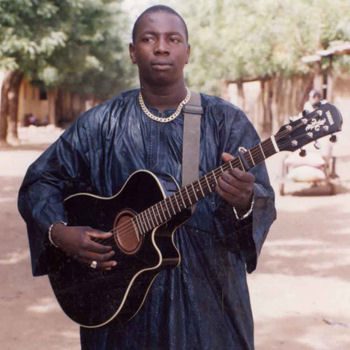 The river of sound overflows its banks when the floodgates of musical programming open every summer in Los Angeles. Even in one of the world’s sonic meccas, the occasional periods of drought during the rest of the year make one long for the sweet abundance of sounds that abounds from June through September. As happens every year around this time, the currents run so deep and swift that some evenings there can be three, four or more must-see free concerts taking place around the Southland. Makes one wish for a clone or two to take it all in.

Since emerging on the scene to join such stalwart free-music programs as Grand Performances at California Plaza, Skirball Cultural Center, and the Twilight Dance Series at the Santa Monica Pier, the Levitt Pavilions in Pasadena and MacArthur Park have become two of the leading summertime venues. Each bandshell features 50 shows per season, with wide-ranging lineups curated with keen ears. I’m partial to the Pasadena site, since it’s 10 minutes from home and parking’s not a hassle. If the two shows I’ve seen there so far this year are a harbinger of what’s to come—at the Levitt’s and elsewhere–then 2013 promises to be bellwether.

Southern Italian neo-folk dynamos Canzoniere Grecanico Salentino gave one of the freshest, most invigorating performances I’ve seen in recent years. The new-gen combo caught my eye when they graced the cover of fROOTS’ May 2013 issue, and the few tracks I could scrounge up on the Web suggested something distinctive. Specializing in the trancey pizzica tarantata roots music of the Salento region (think “heel” of the Italian “boot”), CGS deploys a trunkload of traditional instruments, from diatonic squeezebox and bouzouki to violin, ciaramella bagpipes, flutes, and several frame drums. Nearly all of the members sang and were handy with those drums, but bandleader/maestro Mauro Durante (whose father Rina started CGS in 1975), gruff n’ ready Giancarlo Paglialunga, and beguiling Maria Massotta especially brought the gusto. Every third or fourth song, Silvia Perrone joined the group on stage, providing a red-dressed swirl of light-footed folkloric dancing. GCS = a rare treat, a singular delight.

A more familiar face to LA’s African music aficionados and dabblers, Vieux Farka Toure brought his rock-Malian blues back to town. With the civil war and ongoing troubles in his homeland, the 21st-century globalist guitar-slinger’s shredding solos seemed to have even more edge than usual during the 90-minute-plus set. His poignant new album on Six Degrees, Mon Pays (My Country), finds him favoring a more acoustic sound, but at the Levitt, he never took off his electric axe, repeatedly tearing off jaw-droppingly fast, in-the-pocket clusters of Sahelian six-string goodness. The old-young man sings pretty well too, although he doesn’t yet have the sad-happy, world-weary pipes that his late father, Ali Farka Toure, put to such transcendent use. As a crowd-pleasing time, I doubt few shows will match VFT’s mid-July Pasadena gig.

When the days get warmer, the lineup of upcoming shows heats up as well. Likely to be another highlight of the season, Fanfare Ciocarlia will make its SoCal debut at Grand Performances on Friday, July 19. For the uninitiated, this irrepressible band of Romanians plays some of the most impossibly up-tempo yet sideways-funky brass charts on the planet. Their shows are legend in Europe, so much so that they performed for the Nobel Peace Prize concert in 2012; check out the YouTube below for FC’s two-song tour de force at the event. As if there won’t be enough brassy shenanigans that night, Chicago’s hard-swinging alt-marching band Mucca Pazza opens for the visitors from Eastern Europe.

Examples of those aforementioned evenings when one must pick from several deserving shows take place in late July and August. On Saturday, July 27, downtown L.A. will be jumping as Americana troubadour (and long-time Mighty Flowin’ River fave) Dave Alvin and his Guilty Ones play Pershing Square, while Chilean polyglot-rock tropicalistas Chico Trujillo and local son jarocho con fuego practitioners Las Cafeteras square off a few blocks up the hill at Grand Performances.

A cluster of four concerts on Thursday, August 8, makes it crystal clear that you, dear readers and fellow music lovers, are required to go out that night. My must-see that evening will be Tuareg desert-blues guitarist Bombino on the Santa Monica Pier, but any other time I would happily see Afro-Cubano synthesis Ricardo Lemvo and Makina Loca at Culver City’s Boulevard Music summer fest, the inspiring Sierra Leone Refugee All-Stars (who killed at Levitt Pasadena last summer) working the crowd into a dancing frenzy at the Skirball, and the soulful Afro-Amerindian grooves of Garifuna Collective, carrying on the legacy of their late mentor, Andy Palacio.

This overview has only scratched the surface, as there are many, many other worthy shows taking place this summer (Kobo Town! Mamak Khadem! Novalima! Campbell Brothers with Maria Muldaur! Trombone Shorty!), so fill out your calendars and make your plans now. 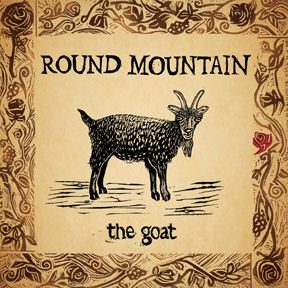 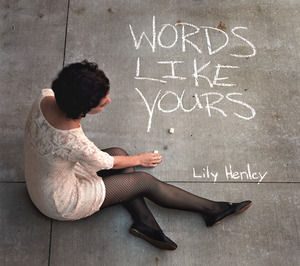 On the recorded front, a couple of recent albums bring freshness to the global-Americana blend interweaving around the folk scene. Those Round Mountain brothers, Char and Robby Rothschild, explore a plethora of traditional and original American, African, Celtic, and Southern European sonic pathways on their handsomely packaged, self-produced latest, The Goat. In their capable sibling-harmonized, multi-instrumental voices/hands, they bend Balkan brass to an old-timey djembe thwack on Without Fear (which could be the lads’ motto), while David Schaldach’s circling mbira pluck brings Zimbabwean flavor to Living and the Dying, the Rothschild’s joyfully somber Simonesque ode to Char’s mother-in-law, who succumbed to cancer a few years ago.

Singer-fiddler Lily Henley also finds inspirations at the junction where the Old and New Worlds intersect on her seven-song EP, Words Like Yours. A capable Celtophile and New England Conservatory-trained folkie, her musical palette has greatly broadened since she spent time in Israel and soaked up the sounds of the Fertile Crescent. She gets her sassy Sephardic on in the rousing makeover of Dark Girl, while original Her Song finds Henley getting her Irish up at first, then surprising toward the end with a verse sung in Ladino. She’s quite the dual threat–her fiery-pretty fiddling complementing that evocative, multihued voice–and her band is smo kin’. Keep your eyes open for more from this bright talent on the scene.

Finally, although it’s been several months since Bob Brozman took his own life in April, the void left by the big-eared acoustician still gapes. The Santa Cruz-based icon parlayed his stupefying steel-guitar talents and American roots music mastery into genre-busting conversations with fellow travellers from Hawaii, India, Okinawa, Africa, Reunion, Ireland and other global corners. His discography offers plenty of jumping-in points, but Brozman’s collaborations on with slack-key legends Ledward Kaapana and Cyril Pahinui on Dancing Cat Records bear witness to the bearded one’s mellower side, while the fiery joint with Indian slide-guit guru Debashish Battacharya on Riverboat has been known to induce more ecstatic reactions. RIP, Mr. B.

Tom Cheyney has been writing about the global and roots music scenes in Los Angeles and around the world since fax machines were high tech.