Start time where you are: Your time zone could not be detected. Try reloading the page.
$30 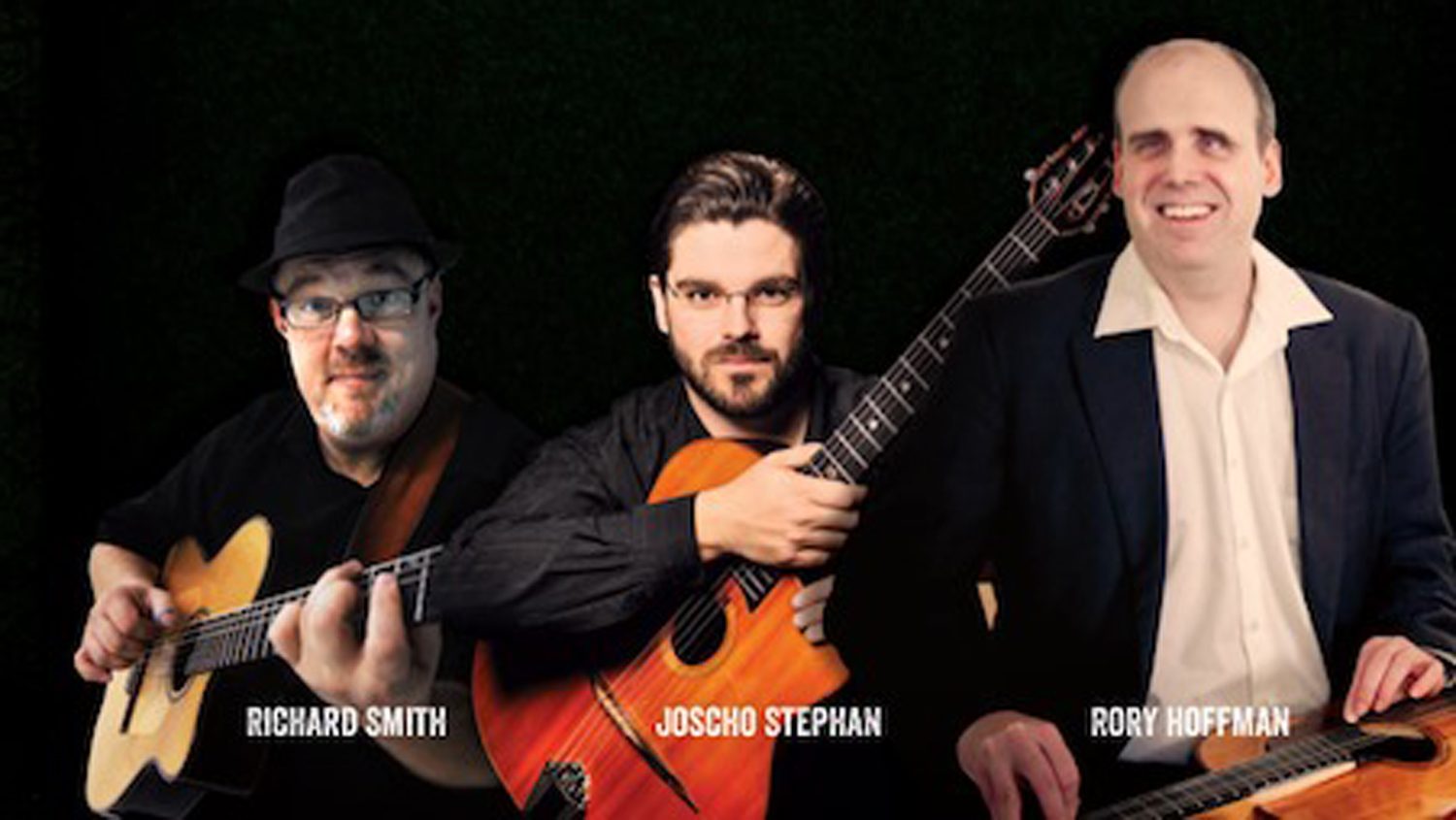 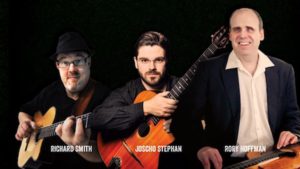 The international Transatlantic Guitar Trio is a unique, phonetic highlight. Fingerstyle guitar champion Richard Smith (UK), Gypsy Jazz virtuoso Joscho Stephan (Germany) and the brilliant multi-instrumentalist Rory Hoffman (USA) joined forces and performed their first, incredible, live gig together for us in 2019. It is unique how they put together jazz ballads, gypsy swing standards, a pinch of pop music and groovy original compositions to create a broad repertoire of songs by the great role models such as Django Reinhardt, Chet Atkins and Jerry Reed.

Richard Smith has played for us more than any other musician, and brings something new and amazing with him every time.

“Richard Smith is the most amazing guy I know on the guitar. He can play anything I know, only better.” – Chet Atkins

“If you like my playing, you should hear Richard Smith! The world champion!” – Tommy Emmanuel

“Guitar playing at its finest. Don’t miss this one.” – Doyle Dykes

“He is one of the world’s greatest guitarists.” – Muriel Anderson

Joscho Stephan has not merely absorbed the music of the legendary jazz guitarist Django Reinhardt, but interprets Gypsy Swing music on the highest level, is actively engaged in extending its boundaries and has played his way into the illustrous circle of the finest Gypsy Swing musicians in the world.

Rory Hoffman is a Nashville based multi-instrumentalist, playing over a dozen stringed, keyboard and wind instruments. Rory’s skill and diverse interests in country, western swing, jazz, polka, latin, gypsy jazz, bluegrass and gospel music has led him to play the Grand Ole Opry numerous times as a soloist and as a sideman with Ricky Skaggs, Kathy Mattea and John Cowan as well as part of the John Jorgenson quintet.