Start time where you are: Your time zone could not be detected. Try reloading the page.
$20 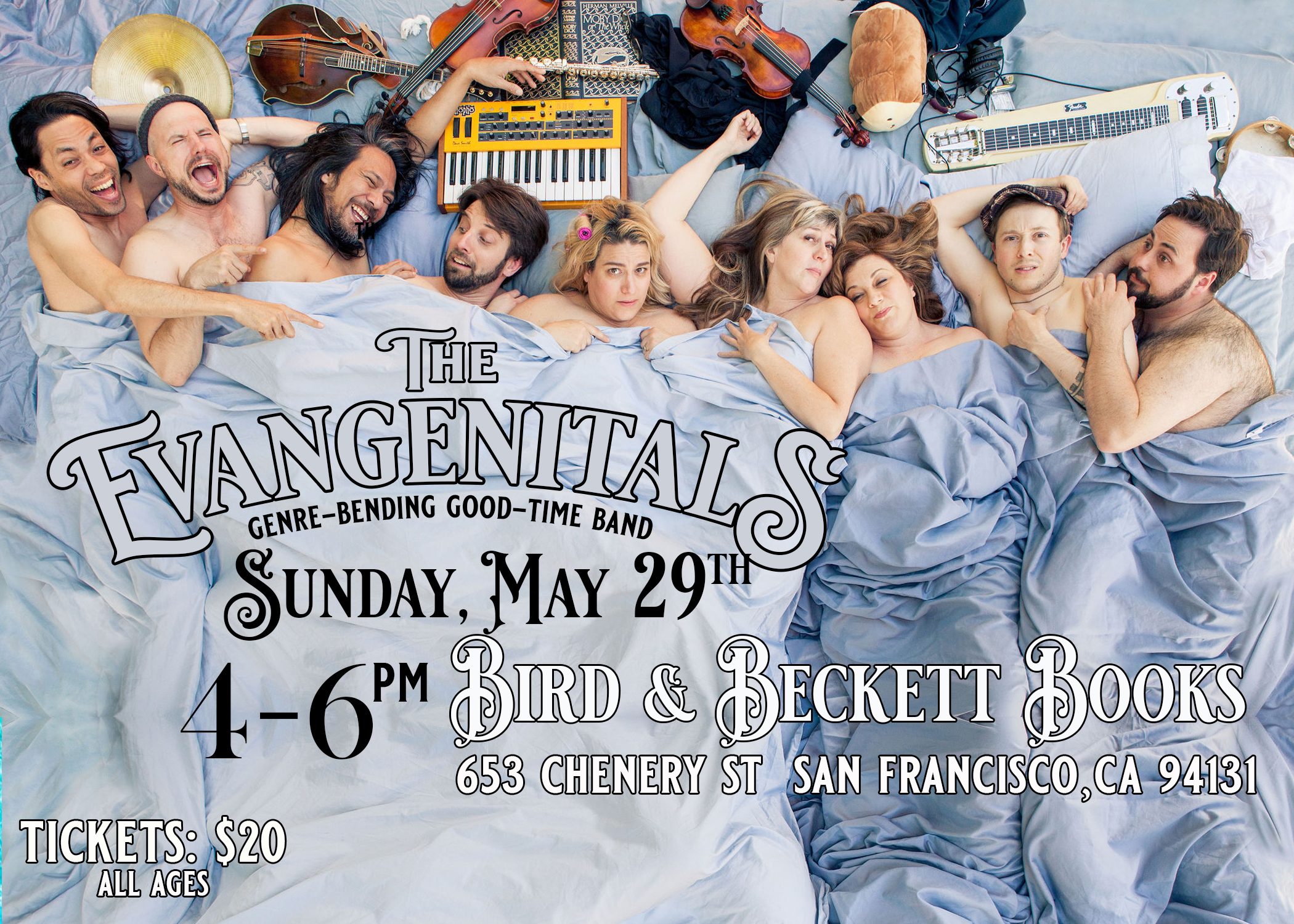 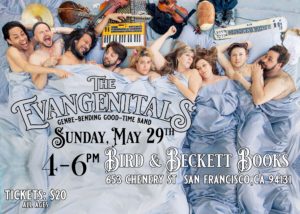 At long last, the Evangenitals return to Bird & Beckett Books in San Francisco for an intimate afternoon performance of soul-fondling, genre-bending, good-time grooves that will have you dancing in the aisles. Literary allusions abound!
“Transports you back to a time when the music came from front porches and folk gatherings that allowed for the songwriting to take center stage.” (Today’s Country Magazine)
The Avant-Americana 8-piece sound more like they hail from a rural Appalachian psychedelic dream than Los Angeles, which can be credited to in part to Juli Crockett’s vocals and Zappa-esque sensibility. The band has played all over the world, including the Edinburgh Fringe Festival, Lightning In A Bottle and The Melissa Ethridge Cruise. Their last album, Moby Dick: or, The Album (Fluff and Gravy 2014), has been described as “manic, diverse, unusual and creative songwriting and delivery at its best.” (No Depression)
You don’t have to take our word that this is a not-to-miss show. Just listen to these fine folks:
“I hope these underground bohemian diamonds stay true to themselves; they should never be tampered with.” (Music News Nashville)
“We’re talking about alt-country at its finest, but that’s only the start. Influences of Southern rock, cow punk and even a little klezmer pop make a tasty brew.” (Pasadena Weekly)
“Their sound is a chimera of American music, a blend of country, bluegrass, jazz and rock, with soulfondling lyrics, which might leave your skin wet from dancing and your eyes dripping tears of joy all in the same evening.” (Monterey County Weekly)
Come on, you know you want to get your soul fondled…
“This is fun, freedom, and freak folk all delivered with a huge capital ‘F’”
+ Add to Google Calendar+ Add to iCalendar