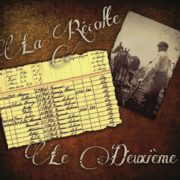 PLANTING SEEDS FOR A NEW CROP OF CAJUN CULTURE

Appearing on the West Coast for the very first time at the Long Beach Bayou Festival on Saturday, June 18, 2016, La Recolte Cajun Band is bringing the state of Louisiana with them- the state of mind, body, heart and soul of Acadiana and the state of authentic, traditional Cajun music. When asked why they want to come out to California to play their soulful waltzes and lively two-steps, the answer was so deeply passionate, it’s palpable. “It’s the opportunity to bring our heritage, our own unique culture, our strong musical roots and the things we love to the West Coast,” says accordionist and unofficial band spokesperson Shane Bellard. “It’s not about the money. The basis for the band is to keep our heritage going.”

Meaning “The Crop” or “The Harvest,” the name La Recolte has deep significance for each of the five members of the band, for they see their music as the harvest of their ancestors and of the rich heritage of southwest Louisiana-a heritage that grew out of hardship and heartbreak-a heritage forged by the hammer of poverty and hard times and tempered by the soul of good music, good food, and love and support of family and friends. “It’s about bringing together the harvest of musicians that sprang up from the seeds that were planted by our forefathers,” Bellard says. “They were the pioneers of Cajun music.” The band’s passion for staying true to traditional Cajun music is designed to ensure future harvests by spreading the seeds of the music and culture from Louisiana to the West Coast and all points of the compass.

Consisting of three generations of great friends, two of the band members of La Recolte are former co-workers, two are father and son and two still work for the same agency. Joined by more than friendship, each member is a native speaker of the Cajun French language-a language that was once vilified, but is now being proudly revived. With ancestors who landed in Louisiana after being forced out of Nova Scotia, New Brunswick and Prince Edward Island during what’s known as The Great Expulsion-the forced removal of the Acadian people by the British, these three generations are representative of one of the unique cultures of America-the culture that evolved around the prairies and bayous of southwest Louisiana. “It’s a way of life,” states Accordianist Bellard. While their roots have much in common, their livelihoods reflect many different paths: Fiddle player and vocalist Joel Breaux is a successful architect, drummer Chris LaFleur has made a career in Human Resources, Shane is Field Operations Supervisor, LJ is now retired from his job as a heavy equipment operator for the state of Louisiana and Polo is looking forward to retirement from his job at the Highway Department. Together the synergy between them is electrifying and nostalgic, evoking the joy and the sadness of simpler times.

La Recolte Cajun Band has set itself apart from the other emerging Cajun bands by choosing to stay true to its musical roots, resisting the urge to incorporate other modern musical influences. La Recolte’s music is all sung in Cajun French, the way the songs were written and performed back in the late 1800s and early 1900s. Bellard’s passion for preserving his heritage is so intense it’s a thick, a tangible substance that raises goose bumps on a listener’s skin. “This music is too precious to venture away from,” he says. “Beginning in the early 1900s, the songs were passed down by word of mouth. They were stories from people’s lives. If something happened to someone, they would put it in a song. This is our history. Going forward, our culture is one generation from dying out. We’re raising our children to keep their culture alive. We want them to plant their own seeds so it can continue to live.”

Son of the bands rhythm guitarist LJ Bellard, Shane is living proof of this. Known as “The Quiet One” in the band, LJ speaks with deep emotion when he says of Shane, “Every time we get up on stage and play, it makes me proud to be with him up there.”

Bass player Paul “Polo” Borel speaks up: “My Mom died a year-and-a-half ago,” he says. “She enjoyed seeing me play. I wish my Dad could have seen it too. He passed his music down to me. He had 14 kids, so all he could afford was a harmonica. He got an accordion eventually, but until then he played the music with that harmonica.”

In the interest of spreading Cajun music and culture, according to the younger Bellard, “to be a Cajun you don’t even have to have it in your blood. You grow the culture by planting and watering the seeds throughout the world. You play, and people dance. If they like it, you say, ‘Good! Why don’t you learn to play it too?’ and that’s how we do it.” 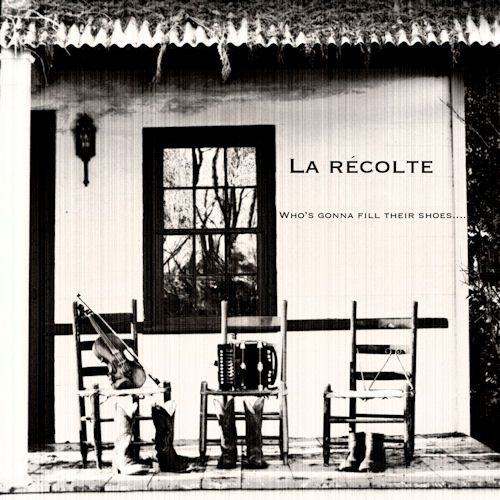 Cajun music “is dance hall music,” pipes up fiddler Joel Breaux. “This is what they play in the dance halls around Louisiana.” Dance hall music it is, for you will find it in the rambling rooms with the well-worn wooden floors and rickety stages of the band stand. The importance of the dancers to the band can’t be underestimated. “The dancers are going to make or break the performance,” Shane adds. “The more energy they give, the more energy we have to put into the show.” He goes on to say, “It’s not about the number of people on the floor. You can have large crowds that aren’t interested or a small group that really enjoyed it. The energy changes even if it’s only a handful of people.”

La Recolte‘s humble beginnings in a garage in 2012 led to a Cajun French Music Association award for “Best First CD,” Who’s Gonna Fill Their Shoes in 2014, with nominations the same year by CFMA for Band of The Year and People’s Choice Award. La Recolte is thrilled to be playing at the 2016 Festivals Acadiens et Creole in Lafayette, Louisiana. As Breaux puts it, Festivals Acadiens is “the Carnegie Hall of Cajun music.” To perform at Festivals Acadiens means they have “joined the ranks of the Balfa Brothers, DL Menard, Nathan Abshire, Canray Fontenot and all the other legendary musicians who pushed the music to make it popular around the world.” 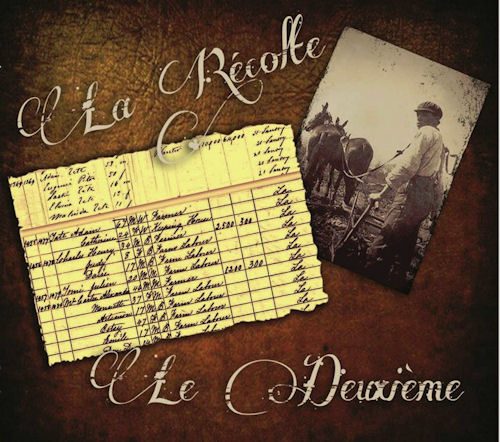 “This is not at all what we expected when we started in the garage in 2012, comments Lafleur. “We just wanted to play music and enjoy it with each other and share it with family and friends. We anticipated a gig or two here and there. What we realize is that we wanted to bring it as far and wide as we could. Our debut CD Who’s Gonna Fill Their Shoes put us out on the airwaves and we began to play more in public, then out-of-state and country. We’ve been to Canada, Northern Maine, Texas and this year California.”

Le Deuxieme, La Recolte’s recently completed second CD has been submitted to the 2016 CFMA committee. To insure the greatest chances of its success, Le Deuxieme was mastered by an expert of the genre-the legendary Jo-El Savoy. Today the band is waiting to hear if they’ve been nominated. The CD was also submitted to the Grammy Academy for the nomination process, as the band feels a nomination would significantly further their objective of spreading the seeds for future harvests by putting traditional Cajun music up front and center with an organization that will bring larger exposure to the genre. The CD didn’t garner a nomination but the band agrees: a nomination or win would not change what they do: they would still play exactly as they do today.

What’s in store for La Recolte? They’re very excited about the upcoming trip to California. Breaux adds, “We want to go to France. That’s one thing that’s left on our Bucket List.”

Karen Redding is a long-time member of the southern California Cajun & Zydeco dance community and teaches Zydeco and Cajun dance lessons in and around Long Beach, Los Angeles and the surrounding areas in the interest of spreading the dance, music and culture of southwest Louisiana. You can find her at www.LouisianaDanceLA.com.