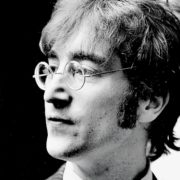 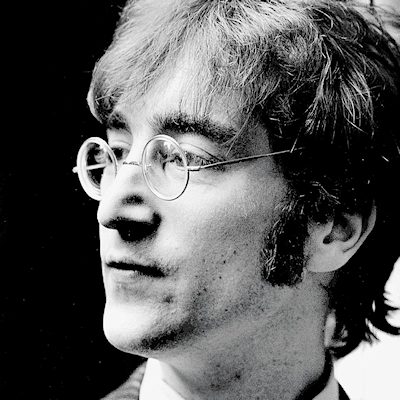 40 years ago this December 8, 1980, John Lennon was assassinated in the archway of his Dakota apartment in New York City, where he and his wife Yoko Ono lived. One of the great artists of the 20th Century—both as a member of the Beatles and on his own—John and Yoko had moved to New York City to get away from the madness of England’s tabloid press, but he couldn’t escape the madness of America’s gun culture. It pursued him relentlessly—like it had President John F. Kennedy, Senator Robert F. Kennedy, Martin Luther King, Malcolm X, Medgar Evers, and a hundred years earlier President Abraham Lincoln.

The songwriter who had imagined a world without war, greed and hunger, could not have imagined a world without crazed music fans whose admiration could so quickly turn to spiteful and vengeful hate.  In the years since John Lennon was murdered his music has continued to fill the void in our lives, and on this 40th anniversary of his death we give thanks for his life and artistic and political legacy.    Before he died he also wrote two books—In His Own Write and A Spaniard In the Works.

This will therefore be the 40th anniversary of his assassination.  Today—October 9—he would have turned 80 years old.  It’s hard to imagine the author of Imagine being 80 years old.  We will never know how long he might have lived had he been in God’s hands rather than Mark David Chapman’s.

The author of Give Peace a Chance never stood a chance.  That afternoon he had given Chapman an autograph for his just-released double album Double Fantasy.

I have a beautiful John Lennon-signed work shirt—made in England—purchased at a local thrift shop. It’s a treasure—the only one I have ever seen.

From the Quarrymen to the Beatles, Lennon formed the band in 1956 in Liverpool, a skiffle group influenced by Buddy Holly—to play the songs they had absorbed from Leadbelly and others played by Lonnie Donegan in England, such as Rock Island Line, “Which is a mighty good road to ride.” The following year—July 6, 1957—John Lennon met Paul McCartney for the first time, when they played at the garden fete of St. Peter’s Church, Woolton, Liverpool.  The performance took place in a field behind the church—a pivotal day for the history of modern music.  They became the Beatles in 1960, and ten years later—on April 10, 1970—they broke up.

Doctor, doctor, tell me the time of day Another bottle’s empty another penny spent He turned around and he slowly walked away They shot him in the back and down he went

From the Liverpool docks to the red light Hamburg streets Down in the quarry with the Quarrymen. Playing to the big crowds Playing to the cheap seats< Another day in your life on your way to your journey’s end

I heard the news today, oh boy They hauled your ship up on the shore

Now the city’s gone dark, there is no more joy

Tyger, Tyger burning bright I pray the lord my soul to keep In the forest of the night Cover him over and let him sleep

Shine your light, move it on, you burn so bright, roll on John.

“Those in the cheap seats can just rattle your jewelry,” said Lennon in one memorable exchange with the audience at Royal Albert Hall.  He got into trouble with the American press when he said that the Beatles “Were more popular than Jesus.” Who but the Beatles would have gotten away with it at all—because it was so funny at the same time that it poked fun at the American audience as well?  It showed that Lennon was s satirist as well as a musician—with a wicked sense of humor.  “A Marxist-Lennonist,” “Groucho and John”—we used to say.

But in the end it was the music and their songs for which they will be remembered—Lennon and McCartney—the most beloved composers of the rock era.

There was a Korean War movie that came out a number of years ago which ended with a class full of Korean children singing Imagine. It was the most surprising and moving version I have ever heard—just sublime.  We still sing Lennon’s masterpiece on Fridays at the peace corner in Studio City at 7:00pm.  What else can you say?  He was a “Working Class Hero.”  Happy 80th Birthday, John! Roll on.

Ross Altman has a PhD in Modern Literature from SUNY-Binghamton (1973); belongs to Local 47 (AFM); leads the Santa Monica Traditional Folk Music Club; writes for FolkWorks www.folkworks.org; may be reached at greygoosemusic@aol.com