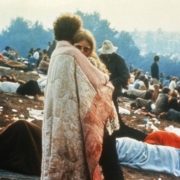 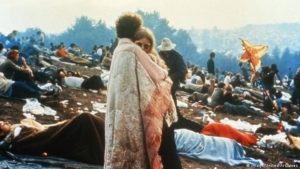 Summer is festival season; a time when music moves outside on to city streets and into farm fields. Even a short two-day festival may pack 100 performers into its schedule and longer festivals many more. Like me, you have probably had the wonderful experience of sitting in the rain, slogging through the mud, baking in scorching sun bereft of shade, or in the evening being munched on by a myriad of critters crawling or flying to enjoy your company. Perhaps you too have eaten food made tangy with dust or mud or insect parts; sandwiches that started out fine at home but ended up soggy and limp or dried out and gag worthy, but fortunately you had warm water or flat beer to wash it all down.

Now I don’t mean to demean outdoor folk festivals, but the experience is subject to the whims of the weather, which can range from glorious to the occasional disaster declaration. Then there are the challenges of sound systems that need to balance the folks sitting 5 feet from the stage with those spread out on the hillside, and that must be reconfigured on the fly to handle everything from the lone singer-songwriter with a guitar to an 8-piece band, either fully electrified or featuring traditional acoustic instruments. I’m sure that the only reason they get sound people to do this (and remember the weather and the bugs) is for the big bucks they are paid.

Then there are the attendees, a potpourri of aged hippies sporting gray thinning ponytails, earth mothers, and tattoo laden people who once would have been only seen at the circus. There are the listeners and the talkers, the hummers and off-key singers and those who just came to be seen. And let us not forget the dancers who hang out near the stage grooving to the music.

I blame much of this on Woodstock, the legacy of which still lingers. That legacy is in both the fact of the festival with its star-studded multi-genre cast but more in the mythology of the event that has only grown over the years. Woodstock is remembered as much for the rain, the drugs, the sex and the crowd as for the music. It legitimized and popularized the idea that the audience is as much a part of a festival as the performers.

So why do we go? Why do those of us who don’t care about the festival food, the arts and crafts vendors, about dancing or singing audience members, brave the weather and the crowds who often ignore the music, still show up? Well, despite the challenges, we often get to hear some great music. And once in a while, sometimes when you least expect it, magic happens. You get to hear a new singer-songwriter who takes your breath away, like the first time I heard Crys Mathews before a small group singing “Battle Hymn for an Army of Lovers.” https://youtu.be/ZaN2H25kTts

You get to hear guitar masters like Pete Kennedy, Beppe Gambetta and J.P. Cormier trade guitar licks that were clearly impossible, or in the last couple minutes of a nothing special workshop when the performers are trying to find a song they can do together a guitar player starts to softly play “Georgia” just to fill the silence and suddenly Claudia Schmidt is singing one of the greatest versions of the song I’ve ever heard. Or you might get to hear the Rev. Robert B. Jones Sr. explain the whole history of modern music from the Delta blues to rap in 3 chords and 5 notes.

So brave the weather, find the sweet spot for the sound, trust the person next to you came for the music and hope for the magic to strike.

Summer Means the Music Moves Outside