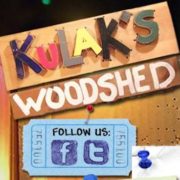 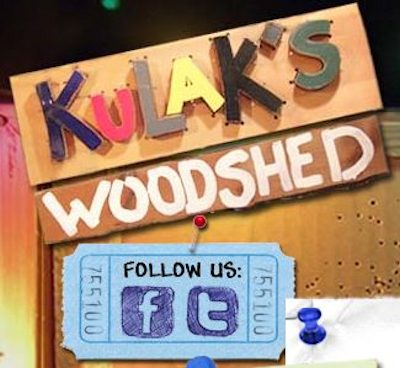 I was scheduled to perform at Kulak’s Woodshed, a small local music venue in North Hollywood, on April 3rd. It was the first Friday in April and Woodshed fans know that the first Friday of every month going back twenty years, give or take, belongs to Severin Browne. Severin is Jackson’s brother and a formidable singer-songwriter in his own right. He’s been responsible for wrangling some of the best singer-songwriters in the Southern California music scene as well as being a Southern California institution in his own right. Look him up. Listen. He’s the real deal. Severin’s career dates back to the seventies and includes time spent at Motown. I had met him briefly in my comings and goings here in Southern California and always enjoyed his open friendship and warm inclusion. He’s also a founding member of the Tall Men Group, a collection of some wonderful singer-songwriters. Again, look them up. It will be worth it.

So, several months ago when Sev invited me to be the featured opening performer for his April ‘First Friday’ show at Kulak’s Woodshed, I felt pleased and honored. It was to be a forty-five-minute set and I started planning for it immediately. I pulled out all the stops and dusted off my regular set list and chose a bunch of songs, some of them mine, plus a few standards. To spice things up, I invited my friends John Sommers and Dennis Witcher to join me on mandolin, banjo, vocals and bass for my closing numbers. We rehearsed at my place and we sounded great. My wife Judy and I sing some songs together and she and I also rehearsed daily. The days of night-after-night performances have faded into history, so my performing chops need repetition to feel natural. All preparations were being made for a wonderful show.

Enter the coronavirus in mid-March and the world changed. Like the rest of us, the ‘new normal’ hadn’t even formed and everyone was re-evaluating their schedules, their lives, and their future.

Me: “Hi Sev. I was ready to call you. It looks like Paul Kulak has canceled all live shows and we’re all being advised not to get too close to each other.”

Severin: “Yeah, we were thinking about doing it on Facebook Live. We could do it from my place if you like.”

Me: “Gotta think about it. Let’s touch base when we get closer.”

What to do? As the days rolled on toward April it was becoming clearer and clearer that Judy and I weren’t going anywhere. But a performer never gives up and so I continued my daily practice with the full expectation that the show would not go on. If you understand this, you’ve gained a valuable insight into the twisted psyche of performance ‘junkies’.

Meanwhile, the phenomenon of live home concerts began to sprout over the internet on desktops, smartphones, and streaming screens across America. It became a daily and nightly phenomenon. Stay-At-Home America had opened its windows and the virtual community exploded in concerts performed by the well-known, the not-so-well-known, their families, their animals. It began to remind me of my days growing up in an apartment house in Brooklyn. With the windows open, everyone’s life was on full display – “Yoo-hoo! Mrs. Goldberg!” Like that.

So when Severin called again, it was no surprise. April was around the corner.

Sev: “Hey Art, how about you do your set on Facebook Live from your place starting at five pm, then turn it over to me, and I’ll do my set from my place at six.”

What else could I have said?

Now then, I’m pretty good at conducting business on the internet – spreadsheets, writing articles, etc. I have even recorded music here at home and it sounds darn good, so how difficult could a Facebook Live concert be to pull off? After all, this is the modern age of the internet and I’m an advanced music techie. Right?

The living room computer? No? How about the one in my office? OK, let’s sit here. What’s that feedback sound? Let’s try it over here. Judy, sit on my right. No, move to the left. What’s that glare on my forehead? The guitar sounds muddy. How about some flowers on the table back there? Yes, let’s take that picture down. Got the promos out? Good.

There! We sound wonderful.

The appointed evening arrived and we were ready. “Quarantine Casual” clothing (everyone knows what that looks like, right?), subtle mood lighting with no glare, two guitar stands, and one banjo stand behind me and in one corner, Judy seated on the upright recliner, waiting to be invited to the stage.…watch the time indicator on the lower right of the monitor, red-“ready to record” lamp lit on the microphone interface…

“Hi folks, Art Podell and Judy Montgomery here. Welcome to the first half of Severin Browne’s First Friday series. This first section will be coming to you from our home here in Encino, California. Then, we’ll be passing the baton over to Severin at six p.m. On with the show…”

We were brilliant. I sang some of my favorite songs, played the banjo on my song about my dog Dink. Judy joined me in a beautiful mariachi song we had learned from Bud and Travis, and as a closer, I read a story from my forthcoming book Also Ran. Everything went off without a hitch. No missed notes or dropped lyrics. We were pros.

We wrapped up the show with a smile, waved good-bye, poured the wine, hugged each other and congratulated ourselves.

“We tried to watch but you weren’t there”

Our fan page lit up with queries and messages inquiring why the show never made it to them.

It took a while to sink in. Perhaps it was recorded on our computer instead and we can air it later?

We searched. It wasn’t there.

We tried to get the inspiration to do it again but somehow the thrill had been dampened. I suppose that sooner or later, we’ll try it. After all, we’re troopers. We’re show-biz warriors who refuse to allow anything to dampen our efforts. The show must go on.

Maybe tomorrow. Right now, we’re trying to decide whether to have dinner in the living room or the kitchen. We ate in the kitchen last night.